On Friday 6 August, and with the Combined Military Exercise Talisman Sabre 2021 (TS21) becoming a distant memory, American personnel and equipment were flown out of Australia on board Omni Air International Boeing B767-3Q8(ER) N477AX which touched down at Rockhampton Airport as OAE471 from Guam. 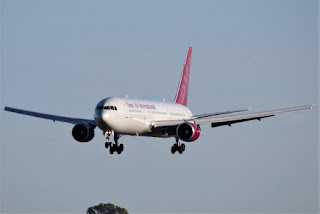 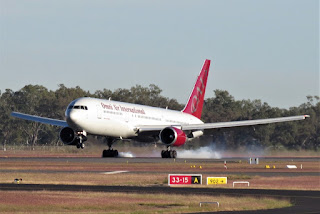 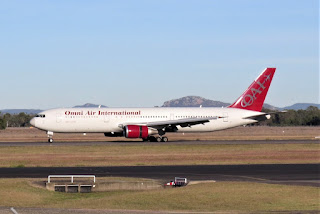 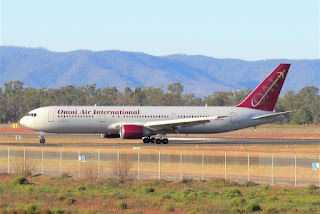 Local plane spotter 'IAD' was on hand at Rockhampton Airport and captured some great photos as the B767 touched down and then parked on Gate 6 on the Southern end of the parking apron. 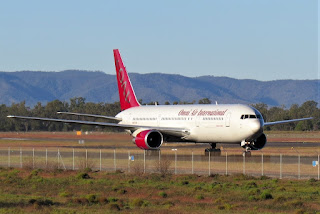 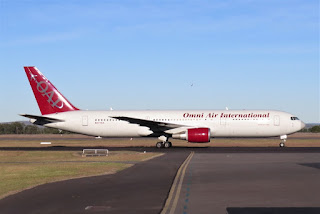 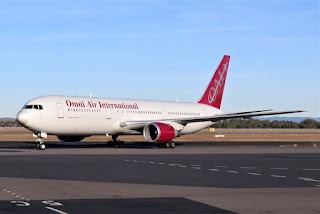 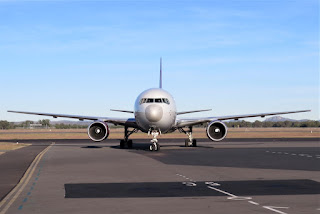 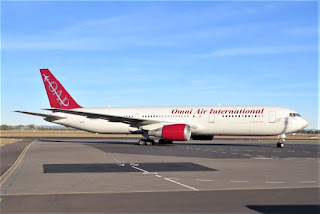 Soon after, a full load of personnel and equipment was loaded on the aircraft.  N477AX departed a couple of hours after its arrival and returned to Guam (Andersen AFB), before continuing to Kadena Air Base in Japan flying again as OAE471. 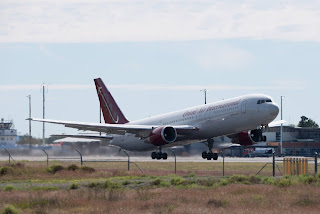 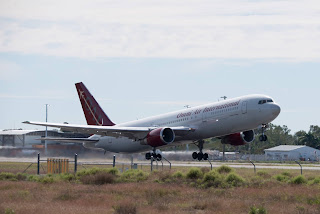 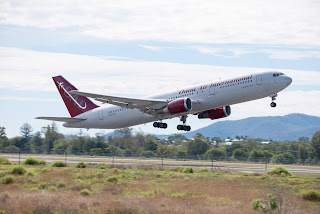 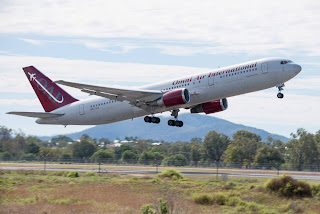 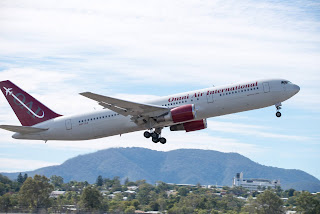 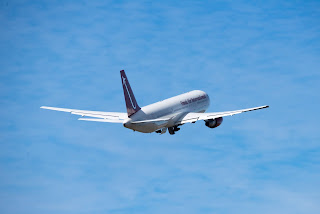 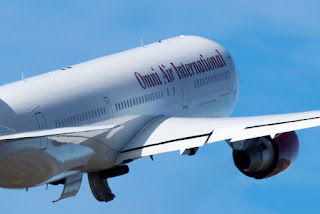 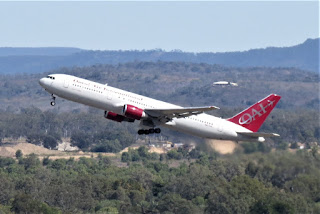 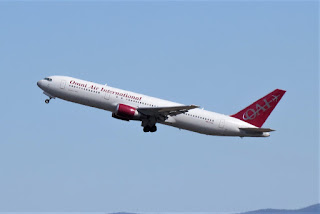 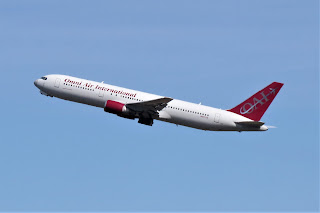 Word is another two Omni Boeing B767 charters will be back at Rockhampton Airport as early as Saturday 7 August to ferry more personnel and equipment out of the area.
Sincere thanks to 'IAD' for taking the time to capture and send through these great photos of great visitor to Rocky!
All photos taken by 'IAD'  ©
Posted by Damian F at 8:24 PM