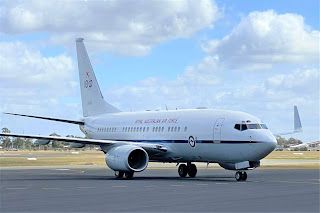 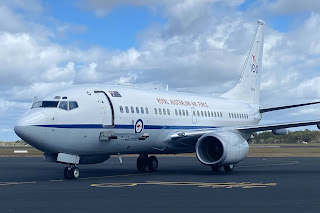 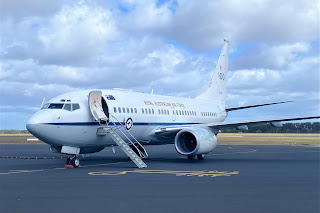 The RAAF VIP 34 Squadron aircraft looked to fly up from Canberra and was initially spotted (above) visiting Bundaberg Airport.
A36-001 then flew up to Hamilton Island Airport before departing there and calling into Rockhampton Airport for a short time.  It then returned to Canberra.
Of interest, for all of its flights, A36-001 was heard to be using the radio callsign of "Envoy 30".
Nice!
All photos taken by Hayden Matthew Alexander  ©
Posted by Damian F at 11:03 PM