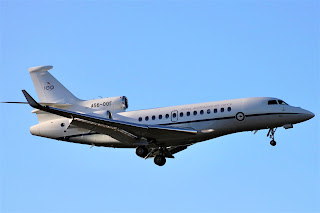 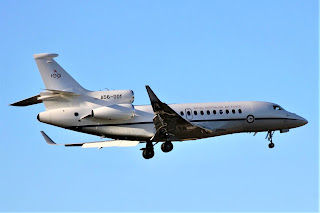 The Falcon 7X bizjet, which is flown by the RAAF's VIP 34 Squadron, looked to arrive from Canberra as "Envoy 29". 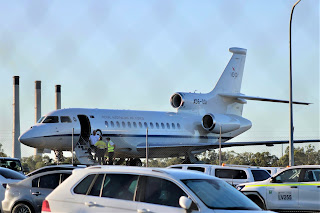 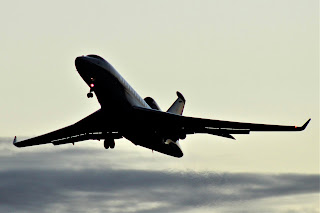 After around an hour on the ground, A56-001 "Envoy 29" then departed Gladstone Airport and continued further North to Mackay Airport.  It looks to be spending the night parked.
Meanwhile, also on Tuesday 19 April, privately owned and operated (Australian Corporate Jet Centres) Beech B200 King Air was also noted visiting Mackay Airport while operating for the RAAF's VIP 34 Squadron.
It looked to arrive from and then later depart back to Canberra - an almost eight-hour round trip!
All photos taken by Glenn Lloyd  ©️
Posted by Damian F at 9:17 PM