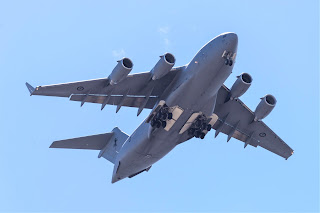 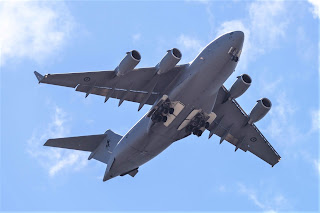 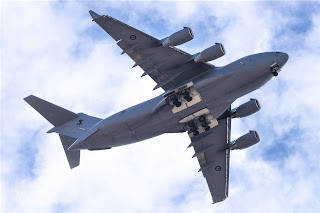 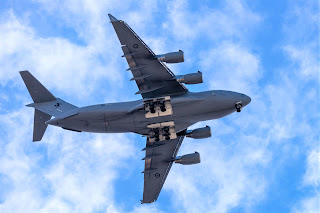 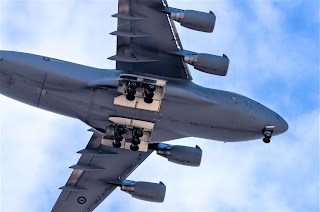 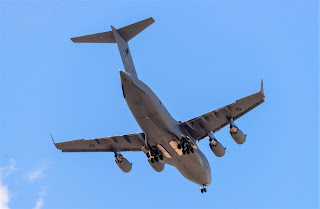 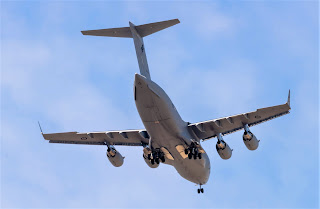 It looked to fly up from RAAF Base Amberley direct to Rocky. After completing the missed approach, A41-212 then returned direct to Amberley.

A41-212 was heard to be flying as "Stallion 74".
Meanwhile, also on Tuesday 19 April, fellow RAAF Beech B350 Super King Air A32-675 as "Beaufort 10" was noted passing through Longreach Airport while flying up from RAAF Base East Sale and RAAF Base Williamtown to RAAF Base Tindal in the Northern Territory.
Finally, also on Tuesday 19 April, Royal Australian Air Force (RAAF) Alenia C-27J Spartan transport aircraft A34-010 "Kaos75" flew out of RAAF Base Amberley and completed airwork at Bundaberg Airport including several circuits, missed approaches and touch-and-go approaches.  It then returned to Amberley.

Sincere thanks to local plane spotter Scott H for taking the time capture and send through these great photos!

All photos taken by Scott Harris  ©
Posted by Damian F at 8:59 PM