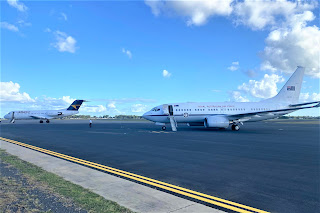 On Friday 15 April, Royal Australian Air Force (RAAF) Boeing B737-7DT(BBJ) A36-002 was spotted at Bundaberg Airport after it arrived from Sydney as "Envoy 70". 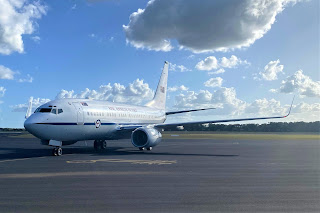 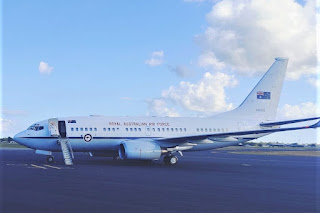 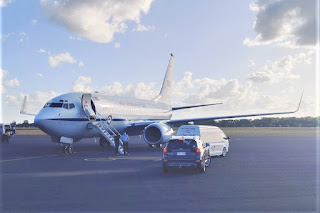 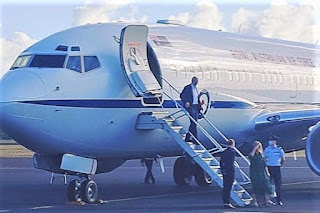 Also touching down at Bundaberg Airport, also on Friday 15 April, was Alliance Airlines Fokker F-70 VH-JFE.  It also arrived from Sydney but was noted to be flying as "Envoy 40". 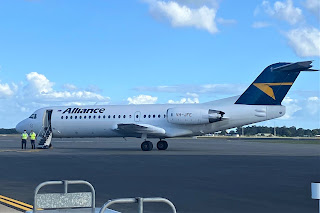 It seems that VH-JFE and fellow Alliance Airlines Fokker F-70 VH-JFB are transporting media around the campaign trail with Mr. Albanese and Prime Minister Scott Morrison.
With engagements complete, both A36-002 and VH-JFE departed Bundaberg Airport for Cairns, again as "Envoy 70" and "Envoy 40" respectively.
With some of the Federal parliamentary seats in the region quite important to the final result of the election, we would expect to see more visits like this in the coming weeks.
Sincere thanks to all the local plane spotters for taking the time to capture and send through these great photos of a couple of great visitors to Bundaberg Airport!
Photos taken by Peter Sajko and Hayden Matthew Alexander  ©
Posted by Damian F at 8:41 PM