Another exciting and busy afternoon of plane spotting was had at Gladstone Airport on Tuesday 6 January with more Fly-in Fly-out (FIFO) charter flights touching down from Sydney and Brisbane.  And Operating these into Gladstone were a pair of Qantas Boeing B737-800s and QantasLink B717-200s from Sydney. 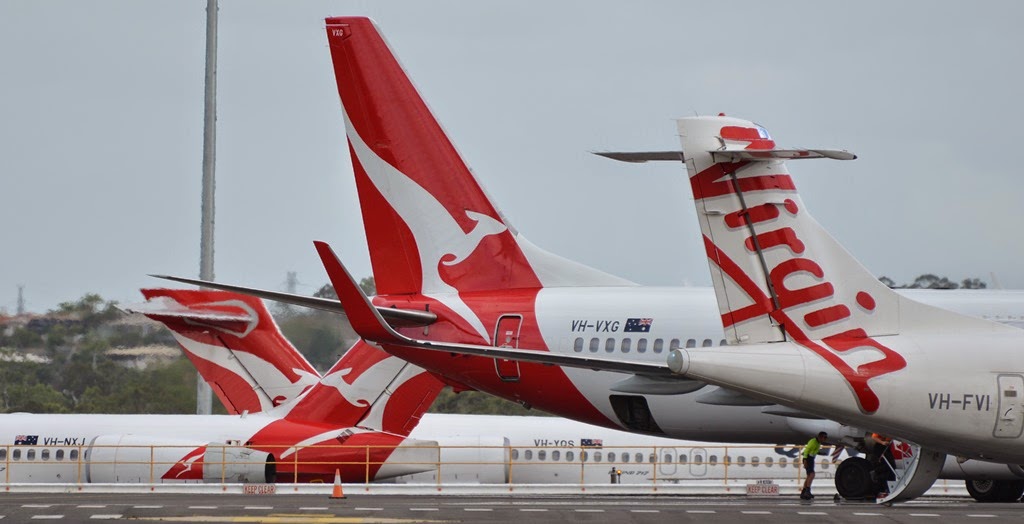 Qantas B737-800 VH-VXG was captured by local plane spotter Michael F as it touched down from
Brisbane as QFA1370.

After off-loading its passenger and cargo, it then re-positioned back to Brisbane as QFA6101.

UPDATE!  As this post is written, it is expected that another two Qantas B737-800s will visit Gladstone Airport later on Wednesday 7 January again on FIFO charter flights.

A pair of QantasLink (Cobham Aviation) Boeing B717-200 aircraft also popped into the industrial city on Tuesday 6 January also on FIFO charter flights but from Sydney. First to call in - and making its first visit to Gladstone - was VH-YQS.  It touched down from Sydney as QJE1956 and was later was captured by Michael re-positioning back there as QJE6201.

Later fellow B7217-200 VH-YQV touched down for the third day straight from Sydney flying in as QJE6202. 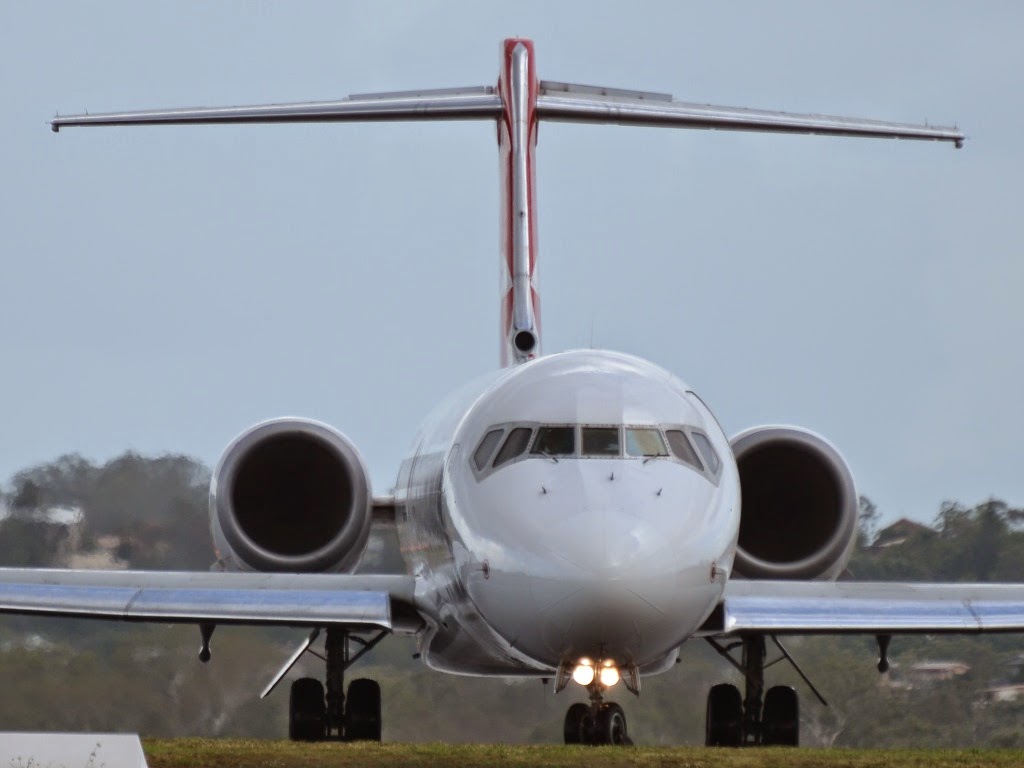 It also re-portioned back to Sydney a little later as QJE6203.

As we've mentioned, VH-YQS and VH-YQV are both in a 2-class configuration with 110 seats, along with Q-Streaming - Qantas' wireless entertainment system.  Their visits to Gladstone are rare!

A more familiar QantasLink Boeing B717-200 VH-NXG was also captured by Michael also calling into Gladstone on a FIFO charter from Brisbane as QJE1958.

It later operated the scheduled QJE1717 service back to Brisbane.

Finally, QantasLink Dash-8-Q400 Next Gen VH-LQB was also noted operating 'the usual weekly' FIFO charter to and from Sydney as QLK2585/2586.

Thanks to Michael for capturing and sending through these great photos from another great afternoon of plane spotting!

All photos taken by Michael Fleetwood  ©
Posted by Damian F at 8:00 AM