As I mentioned, I flew out of Mackay Airport with Tigerair (Tiger Airways) Australia on Sunday 11 January for a brief plane spotting trip to Melbourne.  But for a couple of the other airlines that call into Mackay Airport, there were some maintenance issues that saw flights cancelled and passengers not happy!

While I was waiting for my flight, Jetstar Airways Airbus A320 VH-VGV touched down at Mackay from Brisbane as JST882. After arriving, VH-VGV suffered a technical problem which initially saw the outbound JST883 flight to Brisbane delayed by some four hours, before it was eventually cancelled altogether.


I assume passengers were able to board the much later JST889 service to Brisbane or even the JST895 service to the Gold Coast.  VH-VGV eventually re-positioned back to Brisbane in the wee small hours of Monday 12 January as JST7981.  It has since re-entered service.

Meanwhile, QantasLink passengers out of Mackay were also affected by a break-down of Cobham Aviation-operated Boeing B717-200 VH-NXL.


VH-NXL had arrived as QJE1766 and was due to return back to Brisbane but also suffered a technical problem with the outbound QJE1767 service eventually cancelled.

Of note, QantasLink summoned another B717-200 to carry passengers to Brisbane with VH-NXH initially completing the evening QJE1716 flight from Brisbane to Gladstone, before being positioned to Mackay to operate the delayed QJE1767 service to Brisbane.  VH-NXL eventually re-positioned back to Brisbane empty as QJE6200.  It too re-entered service on Monday 12 January.

Fortunately for me, I was unaffected by any maintenance issues with Tigerair Airbus A320 VH-VND faithfully carrying a pretty much full load - including me - down to Melbourne (Tullarmaine) Airport. 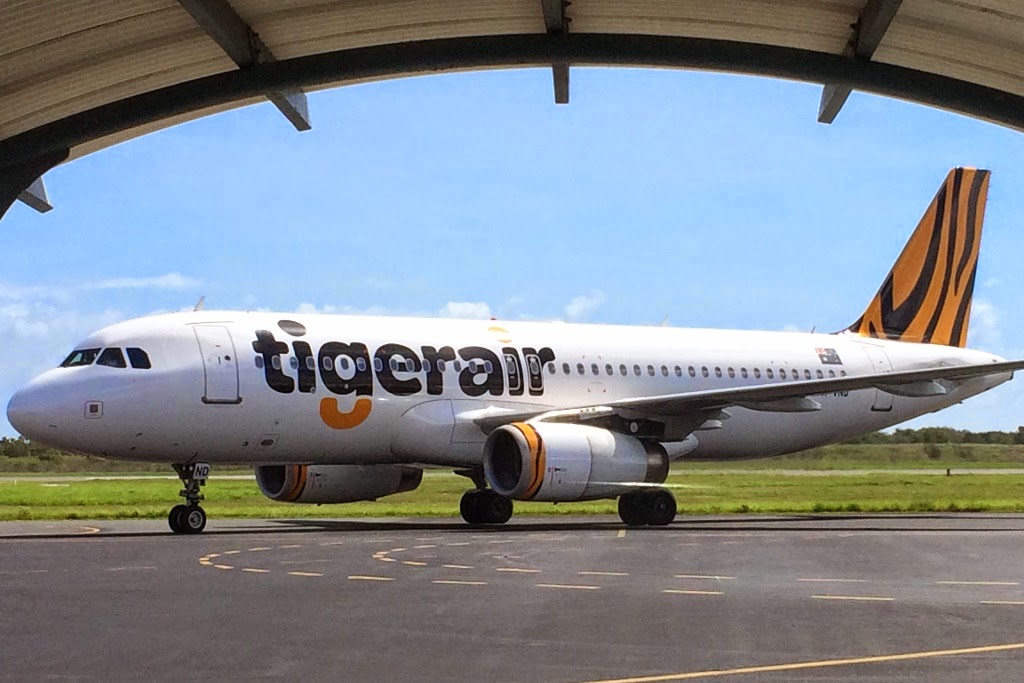 Blog posts may be a bit 'light on' over the next couple of days, but we will endeavour to keep you updated with news and movements in CQ via our Facebook page and then on the Blog itself!
Posted by Damian F at 9:24 AM