On a crisp clear morning on Friday 29 April, there was no less than five aircraft parked at Clermont Aerodrome after arriving the previous day. Visiting aircraft included: 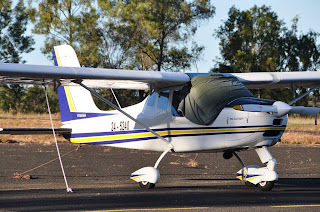 Cessna 414A VH-SMX which is registered to Shadforth's Civil Engineering Contractors on the Sunshine Coast.. 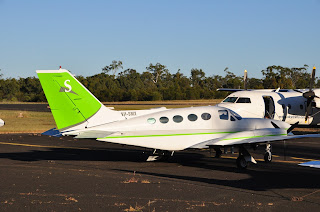 Meanwhile, FIFO charters were operated by:

Advance Aviation's Piper PA-31 VH-BCQ is pictured prior to departing for Mackay.. 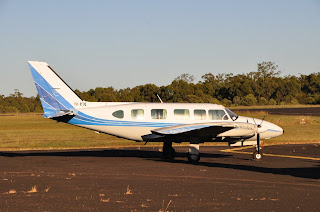 Skytrans Airlines Dash-8-100 VH-QQH is pictured ready for its passengers to board for their flight to Brisbane.. 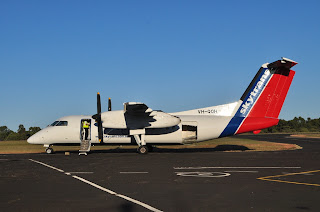 But the highlight of the morning was Skytrans Airlines Dash-8-100 VH-QQA - which has recently been operating charters on behalf of Aircruising Australia - Bill Peach Adventures - and as a result, has been painted in those colours and titles. 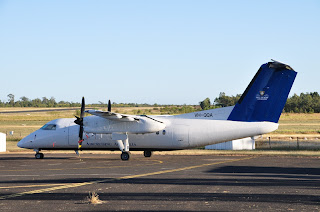 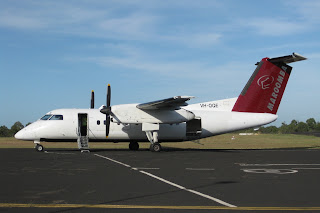 What a great morning's spotting!
Posted by Damian F at 9:49 AM