Competition is heating up between QantasLink and Gladstone Airport's latest arrival, Strategic Airlines. 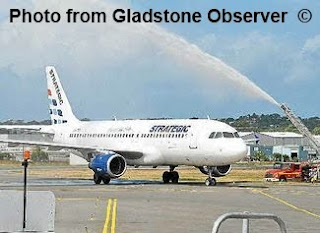 Strategic has accused its rival of trying to squeeze it out of the market since Strategic’s first flight on the Brisbane to Gladstone route on Monday 11 April.

On that same day, QantasLink announced an additional eight flights per week on the same route, and shortly after, advertised tickets for $59.

Strategic has confirmed they had asked the ACCC to investigate whether anti-competitive behaviour is occurring. A spokesperson has said that "(Strategic has) no problem with fair competition. What we have raised an eyebrow about is the sudden introduction of hundreds of extra airline seats per week coinciding with Strategic Airlines entering the market".

The arrival of Strategic into Gladstone has been warmly received by the Gladstone community, who are obviously in favour of multiple airlines operating out of the region, and this can only occur if fair competition is maintained.

A QantasLink spokesperson said its recent moves were not caused by Strategic’s entry to the market, but that the increased capacity between Gladstone and Brisbane was merely to meet the growing demand in the region, which is being driven by a number of very large resource projects in the region.

At this stage, the ACCC has declined to comment.
Posted by Damian F at 8:10 PM