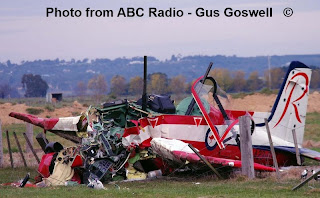 The two crew members of the aircraft ejected safely.

As a precaution, all RAAF PC-9/A flying operations have been temporarily suspended, while the cause of the incident is fully investigated. 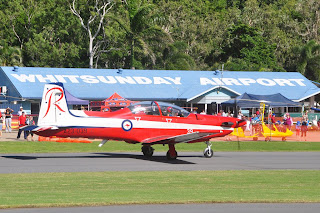 The PC-9/A involved has been identified by some sources as A23-039 of the Roulettes Aerobatic Team. This aircraft was recently photographed above at the Whitsunday Airport's Grand Airshow flying as "Roulette One" by Squadron Leader Glenn Canfield.
Posted by Damian F at 9:51 PM