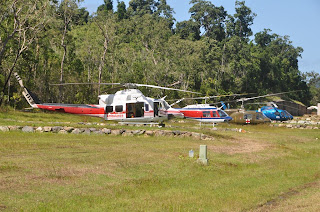 On the Eastern grass (pictured above), no less than four choppers were parked for most of the duration of the Airshow. 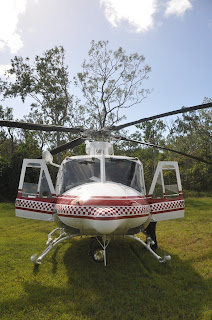 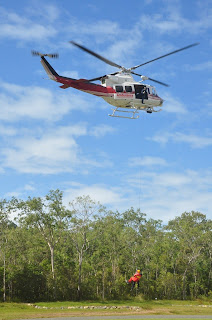 The big Bell also put on a spectacular emergency winching display, which also blew off more than a few caps and hats in the crowd!

Also on the grass, was Calibre Aviation (formerly Webb Helicopters) Bell 206 VH-EWI. The chopper was flown in from Emerald by owner Eric Webb, who enjoyed the day at the Airshow, even managing to find a couple of customers to take on a joyflight over the Whitsundays later in the afternoon. 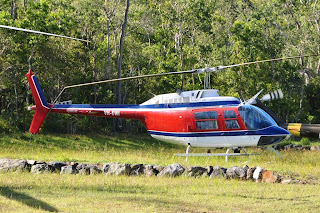 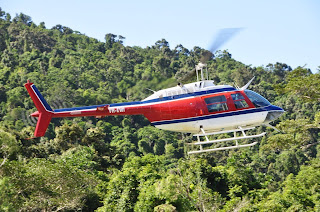 Calibre Aviation was featured in a previous blogpost HERE.

One of the nicer helicopters on the grass was Bell UH-1B Iroquois Helicopter VH-THY, which is owned and operated by Tude's Choppers (Dwyer Aviation) in Townsville. The big Huey flew into the Whitsunday Airport from the North in the morning, having to execute a go around before parking for day. The sound of the Huey was unmistakable, and it could be heard coming from Airlie Beach. 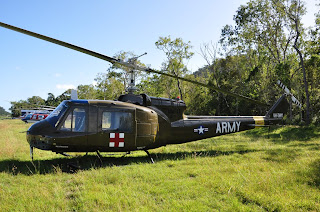 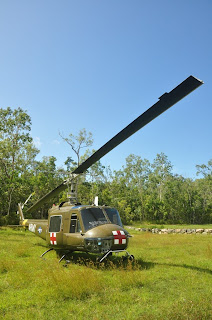 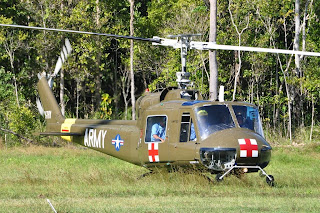 Lastly, Aerospatiale AS.350BA VH-SWH also visited for the Airshow. The lovely blue Squirrel is registered in New South Wales, and flew into the Airport in the morning where it was parked for the duration of the Airshow. 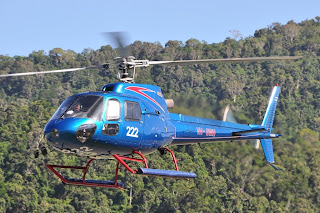 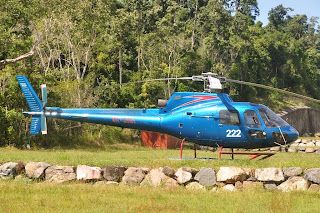 Other choppers noted at the Airshow were Eurocopter EC120B VH-YWY and Robinson R-44 VH-ACN, which are both owned by the Whitsunday Airports owner Jeffrey Ruddell. 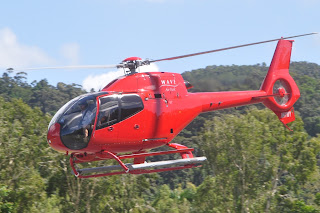 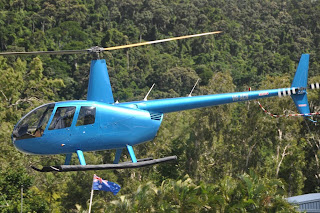 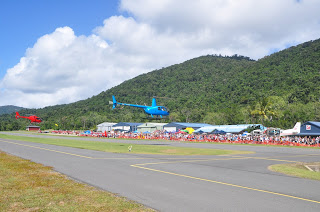 Also on display at the Airshow were a beautiful pair of red helicopters. Local Robinson R-44 VH-DCF is pictured below, along with an Amateur Built Rotorway A600 Talon helicopter VH-UTB, which is pictured sitting in the afternoon sun. 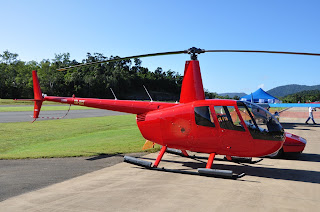 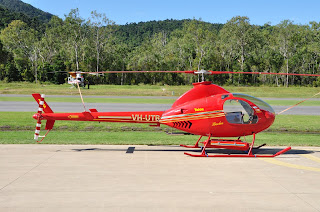 At the Helibiz hangar, Robinson R-44 VH-ZDH was on display. The chopper is presently registered to Hornery Helicopter Services in Moranbah, and decals for this company were applied during the day. 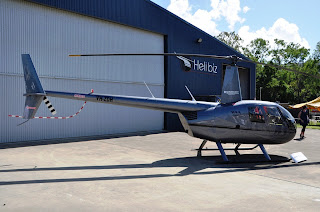 Also, while not on display at the Airshow, Bell 206 VH-VTO and Robinson R-44 VH-NVM were also noted both outside the Helibiz hangar and flying during the weekend. 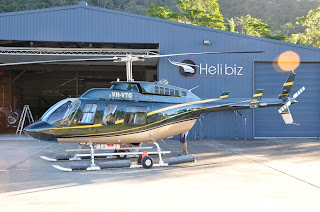 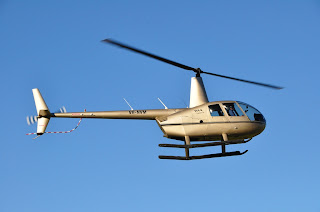 Lastly, Aviation Tourism Australia (Curry/Kenny Aviation) Bell 206 VH-CKT arrived into the Whitsunday Airport late Saturday afternoon, and caused some damage to the temporary barriers erected for the Airshow by parking on the increasingly crowded apron. 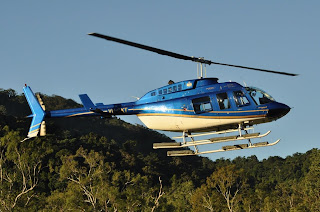 Plenty of lovely helicopters!!
Posted by Damian F at 6:42 AM