So I drove to Mackay on Thursday 5 July, and as I was driving into town near Mackay Airport during the afternoon, I heard the unmistakable thud of a big helicopter...  or two!  A pair of Australian Army Boeing CH-47D Chinook helicopters landed at Mackay Airport, flying in from the North. 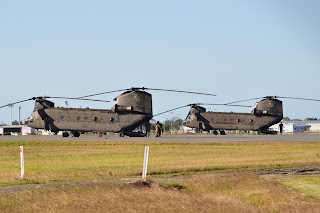 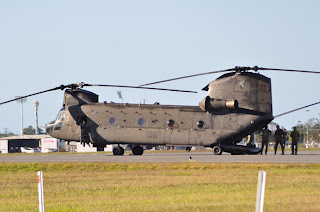 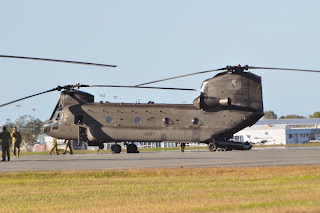 There was some interest in the big choppers with a few locals pulling up at Mackay Airport to take photos!  The Chinooks departed around dusk as to Williamson in Shoalwater Bay using the callsign "Brahman Red".  They were later noted South of Mackay cruising at low level.
Posted by Damian F at 11:43 PM