Back in Mid-May, Spectrem Douglas (Basler) BT-67 Turbo-67 (DC-3) ZS-ASN spent a couple of days at Rockhampton Airport. This extraordinary aircraft is owned by Anglo Operations and is used for mineral surveys word-wide. It is still going strong after some 60 years.

In this Post, I've decided to revisit the DC-3's arrival, as I have recently been contacted by Travis, a contractor at Rockhampton Airport, who managed to take some great photos of ZS-ASN shortly after its arrival. 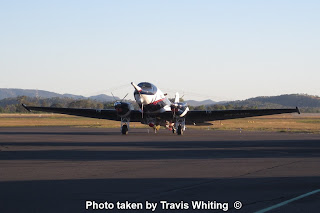 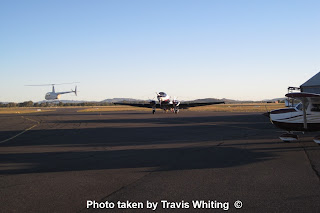 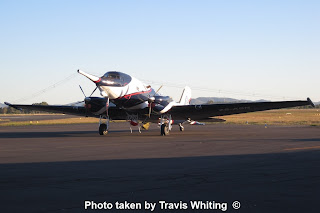 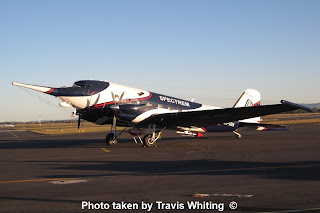 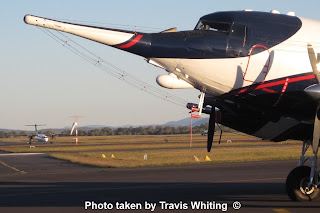 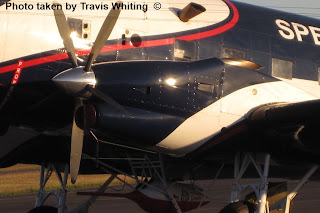 Since then, its been registered all over the world, and eventually as ZS-ASN, it was fitted with magnetometer tail and wingtip housings at Toronto in 1982. It was converted to a Basler Turbo 67 in late 1992 and has Pratt & Whitney PT6A-67R engines. This was Basler's 11th conversion.
Posted by Damian F at 8:12 PM