Ben O has sent through a couple of great images of Royal Australian Air Force (RAAF) Boeing C-17A Globemaster III A41-207 touching down at Rockhampton Airport on Sunday 22 July. 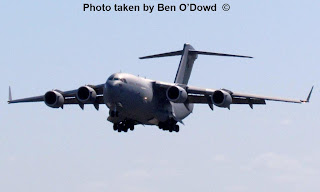 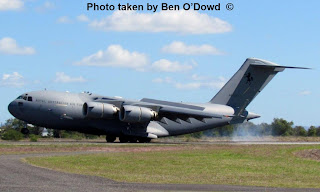 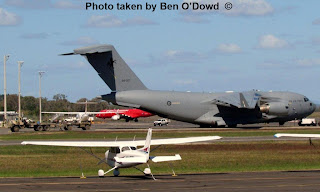 It is believed that A41-207 arrived from and later departed to Amberley as "Stallion 03".

Also at Rockhampton Airport over the weekend, a nice pair of bizjets popped in on Saturday 21 July.

First to arrive was the Queensland Government Raytheon Hawker 850XP VH-SGY which arrived from and then later departed to Brisbane.

Later Executive Airlines Cessna 550 Citation Bravo bizjet VH-FGK touched down and parked on the General Aviation apron. The Citation arrived from the Clarence Valley Airport and looked to be parking for the night.  Don W spotted VH-FGK still parked on Sunday 22 July, and it eventually departed later that afternoon. 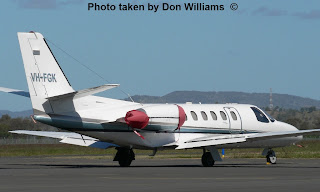 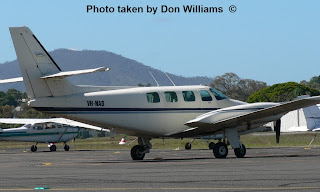 And also Ultralight Storm Century LSA 24-5303, which I believe is based in Emerald. 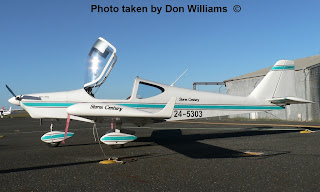