A Quick Look at Chrisair Aircraft Maintenance at Mackay Airport

Chrisair Aircraft Maintenance is the primary maintenance provider for aviators in the Mackay/Whitsunday region.  Chrisair operates from a large hangar on the General Aviation (GA) side of Mackay Airport - certainly as you drive through the GA area at the Airport the hangar isn't hard to miss! 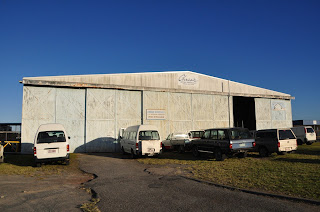 The hangar is one of the original hangars that was part of the 'old' Mackay Airport which is on the Eastern side of the Airport.  Nearby are other old original buildings, including the old Domestic Terminal Building, which is now utilised by private light aircraft charter companies. 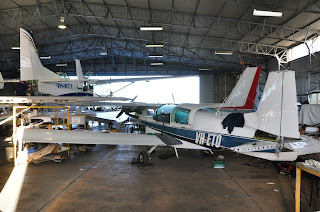 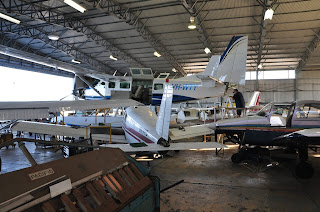 During my recent visit, I caught up with two of the more senior mechanics at Chrisair - who also happen to be office bearers at Mackay Aero Club.  I was firstly directed to a familiar sight in Central Queensland in the form CQ Warbird Adventures' Yakovlev Yak 52 VH-YAF, which is permanently hangared inside the Chrisair facility at Mackay Airport 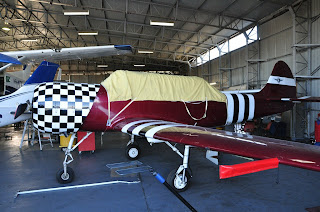 There were actually quite a number of aircraft inside and outside of the hangar that I have seen in Central Queensland.  Front-and-centre of the hangar was GSL Aviation's Cessna 210 VH-FOC, which was in the process of having a 100-hour service and window change completed. 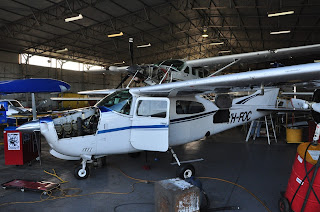 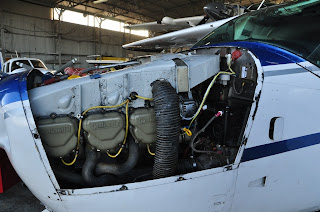 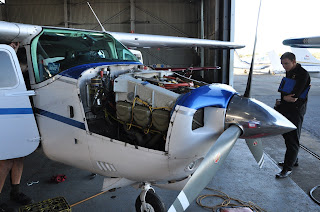 One of the GSL Avaition bosses arrived shortly after, and later in the evening, flew VH-FOC back to the Whitsunday Airport at Shute Harbour for it to resume service the next day. 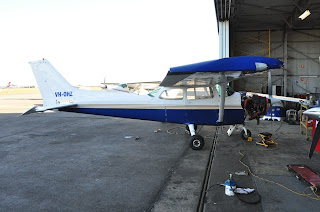 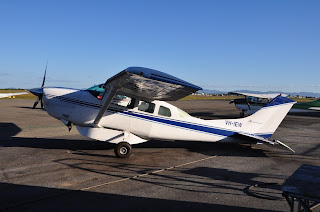 Perhaps the most interesting visitor in the Chrisair hangar - and certainly the easiest seen - was Whitsunday Air Services Cessna 208 Float Plane VH-WTY.  This lovely looking Caravan is normally based at Hamilton Island. 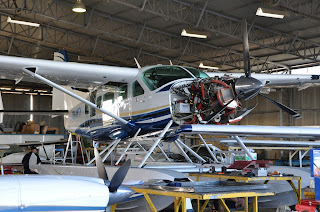 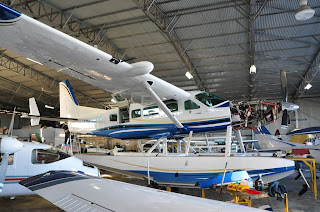 Seemingly a recent arrival to the Mackay region is Partenavia P.68B VH-DBF.  The aircraft is registered to Aviation Enterprises in Mackay. 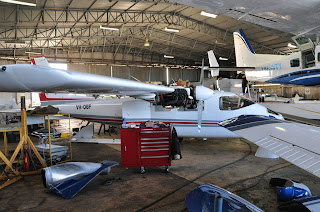 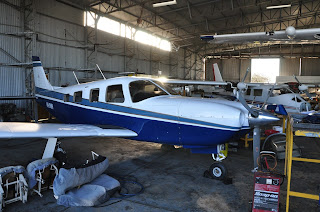 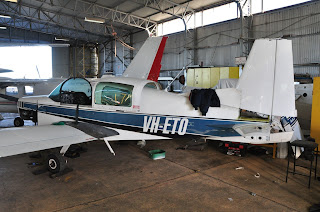 Certainly a nice colourful aircraft is Fuji FA-200-160 VH-FJV.  This aircraft is usually based at the Whitsunday Coast / Proserpine Airport. 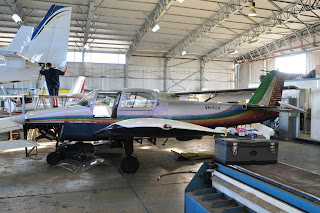 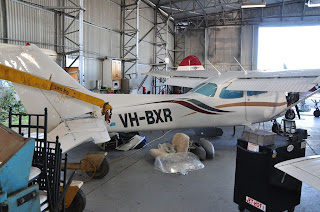 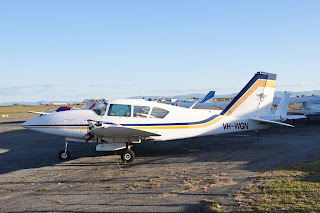 I'd like to thank the fellas at Chrisair for their time and allowing me to grab a few photos inside their hangar during my recent visit to Mackay.  Chrisair can be contacted by phone on (07) 4957 4655. 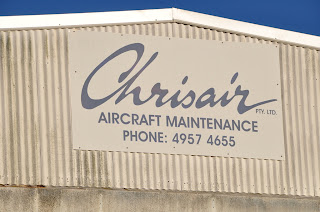 Or simply call into the big hangar on the GA (Eastern) side of Mackay Airport!
Posted by Damian F at 8:34 AM