As has been the case most days recently, the Royal Australian Air Force (RAAF) British Aerospace (BAe) Hawk 127 jets flew sorties out of Rockhampton Airport on Wednesday 4 July.

Hawks A27-14 and A27-02 had departed on an early morning fight, but I managed to snap them as they arrived back at Rockhampton Airport flying as "Cougar". 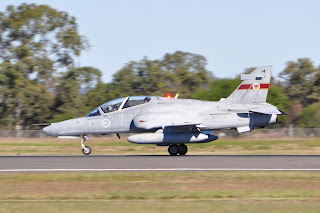 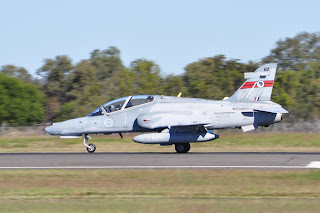 In the afternoon, all four Hawks departed on sorties over the Shoalwater Bay Training Area (SWBTA). A27-28 and A27-20 shown departing as "Leopard 01". 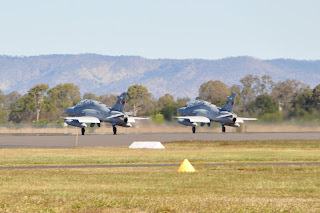 They returned to Rockhampton Airport after around two hours, making a spectacular initial right pitch over the airport before landing on Runway 15 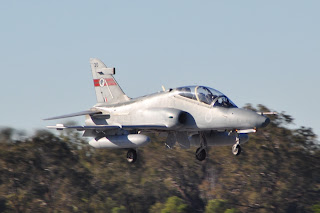 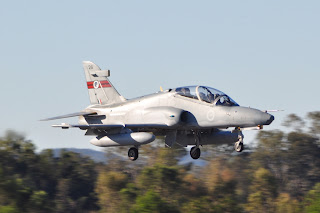 A27-14 and A27-02 also departed again for the Bay, making a spectacular departure as "Leopard 05" in the late afternoon light. 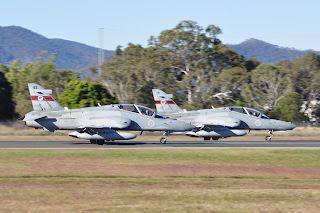 It is a really spectacular sight watching these RAAF fast jets operate from Rockhampton Airport!

A couple of other RAAF movements at Rockhampton Airport on Wednesday 4 July, with a King air and Hercules both popping in briefly. 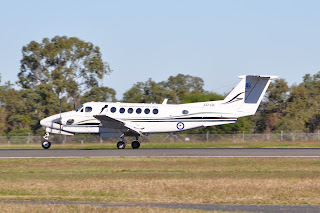 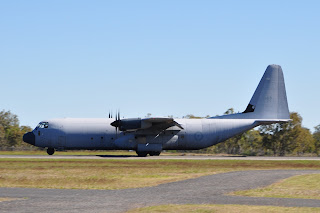 After unloading, the Herc departed to RAAF Base Richmond, making a very short take off and then spectacular low level pass down part of the Runway. 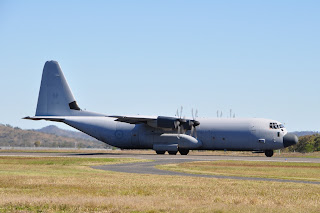 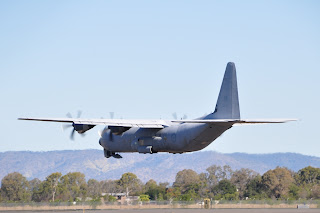