Jimi L has sent through a great report and photos of the weather diversions and happenings in the Whitsundays over the last week.  He reports that the weather in the latter part of the week especially has caused 'chaos' with cloud hovering at about 200 feet preventing very few flights to and from the Whitsundays from operating normally.  Here is a summary of the chaos - particularly at Hamilton Island Airport:

Lastly, on Saturday 14 July
Jetstar operated an additional SYD-HTI rotation as JQ 7302/JQ 7303
Otherwise operations were normal - and by afternoon every Airport seemed to back to normal.

Despite the wet weather and low cloud, Jimi has spotted a few interesting movements.  On Sunday 8 July, an unidentified Army Sikorsky S-70A-9 Blackhawk helicopters flew to Airlie Beach and then flew low and slow along the main strip, before it departed North. Jimi managed a quick snap from his balcony! 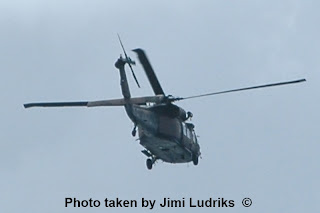 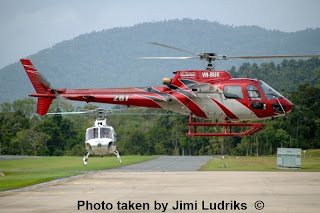 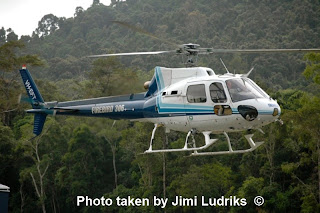 Of interest, VH-EFT (c/n 1728) was once a part of the Royal Australian Air Force (RAAF) as a part of the Aircraft Research and Development Unit (ARDU).  It wore the military serial number of A22-002.

Both helicopters overnighted and attempted to depart South on the over the next two days, but returned on both occasions to the Whitsunday Airport shortly after taking off. The helicopters had reportedly previously been operating in Papua New Guinea.

Jimi did a pretty good job with the IPhone! 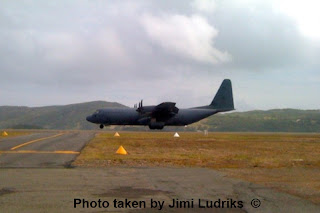 One final photo Jimi sent through is from the Whitsunday Airport at Shute Harbour.  While plane spotting was a bit difficult this week with all the cloud and mist disrupting most aircraft movements, the wet weather did bring out other visitors to the airport, with the local curlews noted amongst the aircraft! 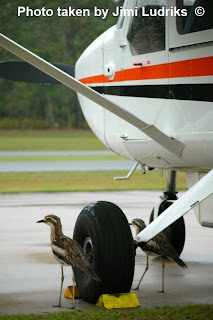 Thanks Jimi - maybe CQ Bird Spotting will take off soon!
Posted by Damian F at 8:14 AM