So far this week, Australian Federal Government ministers have swamped Queensland regional towns and cities, in big push to (reportedly) sure up support throughout the state.  Both Gladstone and Rockhampton has seen a couple of special visitors this week, and local plane spotters were on the case, despite the rather inclement weather that is passing through this week.

On Wednesday 11 July, the Australian Prime Minister Julia Gillard touched down at Rockhampton Airport on board RAAF Canadair Challenger 604 (CL-600-2B16) A37-001. 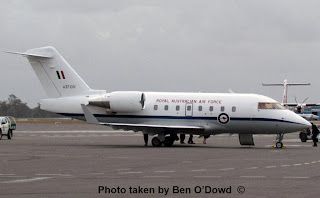 Ben O managed to take a couple of photos of Ms Gillard being met by local Federal Member Kirsten Livermore, before they both drove away in a waiting Commonwealth car. 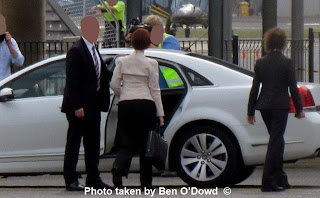 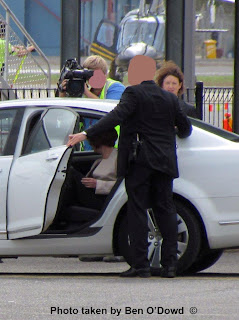 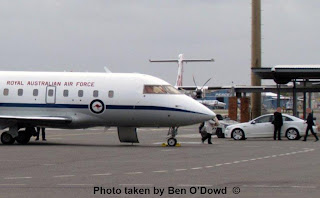 Earlier at Rockhampton Airport, Agusta A109E Power which is registered to Raytheon Australia but wears the Aircraft Research and Development Unit (ARDU) crest of the RAAF on its tail was noted arriving. 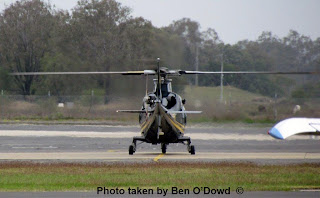 It departed after the Prime Minister departed, so it suggests that this chopper was travelling with her. 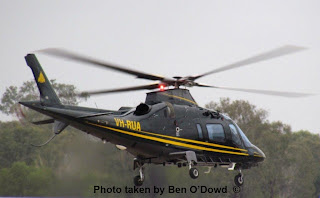 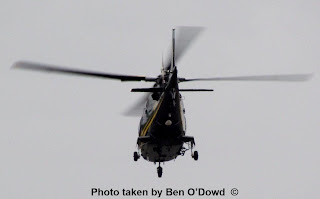 Until recently, this chopper was marked with a Royal Australian Navy (RAN) serial of N42-129.

Jamie C managed to capture some fantastic images of the Challenger, and some of the scheduled commercial services at the Airport despite the rain in Gladstone!  Also spotted were:

QantasLink (Cobham Aviation-operated) Boeing B717-200 VH-NXM - kicking up some spray on departure to Brisbane.

Thanks fellas!
Posted by Damian F at 8:57 PM