Following on from his report about the numerous weather diversions and disruptions in the Whitsundays last week, Jimi L has sent through another small report of diversions early in the week, but also some spectacular photos he took while ferrying passengers from Townsville to Hamilton Island.

Again, low cloud and rain were causing the problems, with the last seven or so days causing the most 'havoc' for Hamilton Island, with more Commercial cancellations and diversions than what there were arrivals. It was certainly a poor end to what is meant to be the busiest time of year for the area - June/July school holidays.

Some of the diversions and cancellations in the Whitsundays from earlier this week.

On Monday 16 July:
Virgin Australia DJ1281 flight actually managed to land, but only after a spectacular go around as a yacht mast infringed on the approach path

Meanwhile, at the Whitsunday Airport at Shute Harbour, the number of cancelled flights are banking up.

Also, Lindeman Island has reported that their airstrip is 'fine for seaplanes'...  ie. flooded!

Lastly, Jimi sent me a few photos from one of GSL Aviation's charters to and from Townsville late last week.  GSL Aviation were operating their Cessna 210 VH-FOC between Townsville and Hamilton Island quite a lot, in an attempt to transport people to Hamilton Island a major finance conference, following the diversion and then cancellation several flights from Cairns. 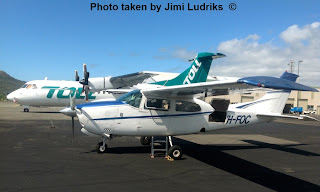 Also on the ground at Townsville, Jimi spotted a couple of other interesting aircraft: 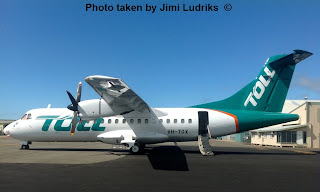 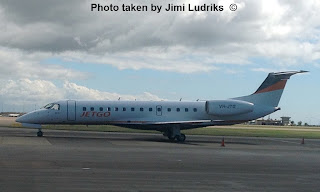 Jimi also sent through a couple of fantastic photos of the Bowen township and Bowen airstrip as he overflew enroute to Townsville. 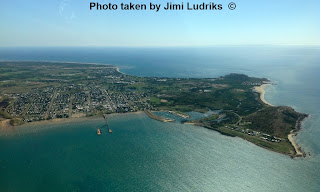 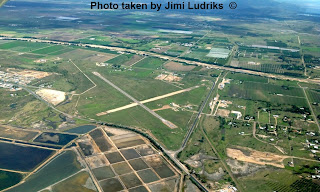