Polet Aviakompania (Polet Airlines) Antonov AN-124 RA-82068 Departure from Rockhampton Airport Wednesday - But It Will Be Back Friday!! 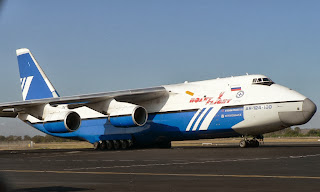 The massive Polet Aviakompania (Polet Airlines) Antonov AN-124-100 - RA-82068 - made a spectacular departure from Rockhampton Airport early on Wednesday 25 September as "POT4753" direct to Kuala Lumpur in Malaysia.  Again, there was a small crowd of spectators to watch the Antonov's departure, including Ash B who again has allowed us to share his fantastic images. 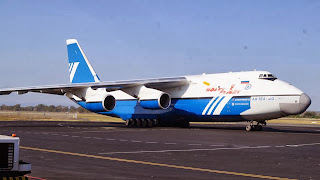 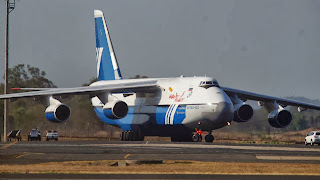 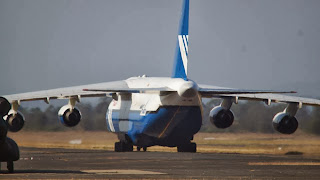 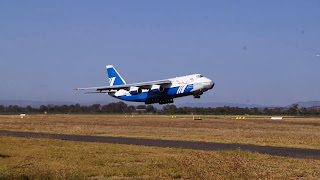 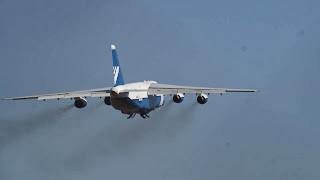 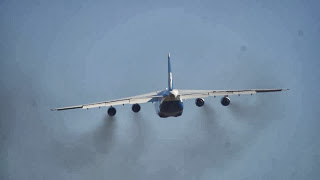 Sources indicate that this same Antonov will be back at Rockhampton early on Friday 27 September, bringing the four Republic of Singapore Air Force (RSAF) Boeing AH-64D Apache helicopters to participate in the forthcoming Singapore Armed Force's Exercise Wallaby to be held in the Shoalwater Bay Training Are (SWBTA) from next week.