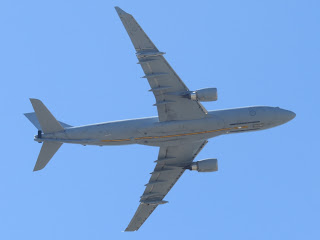 After making an approach from the North, the KC-30A conducted a missed approach on Rockhampton's Runway 15, before heading to the South-East and returning for landing on Runway 33. 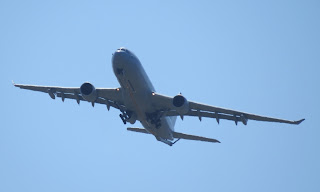 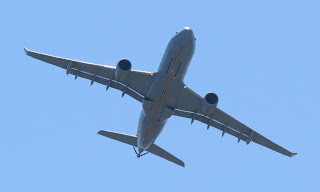 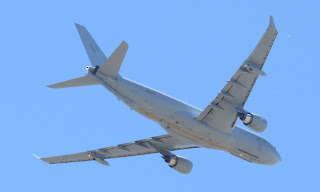 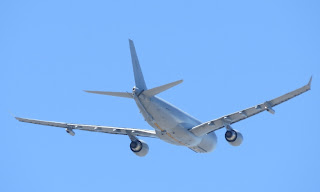 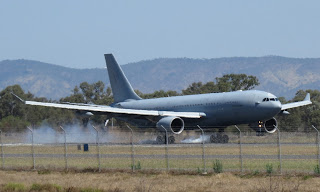 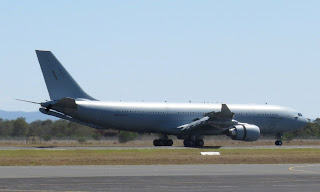 After landing, A39-004 taxiied to the end of Taxiway Juliette where it was heard to conduct a crew change. 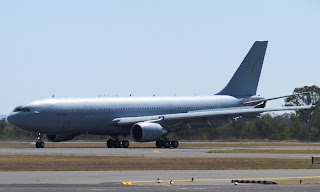 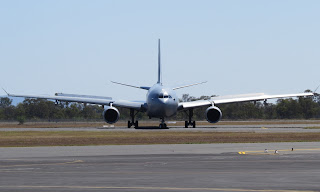 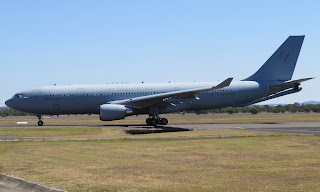 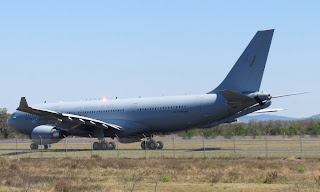 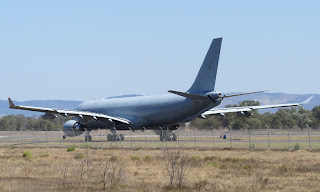 Local plane spotter Don W managed to capture the departure of A39-004 from the General Aviation area at Rockhampton Airport during his lunch break.  It's believed that the KC-30A returned to Amberley Air Force Base, and was using the radio callsign of "Dragon 11". 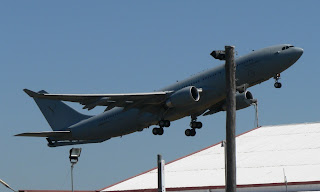 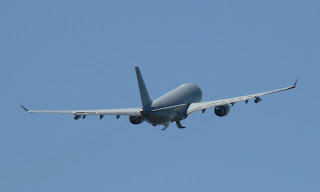 ***UPDATE!  A39-004 returned to Rockhampton after dark on Wednesday 11 September, landing again and undertaking a crew change, before departing back to the South, this time flying as "Dragon 12".

Sincere thanks to 'IAD' and Don for sending through these magnificent images!