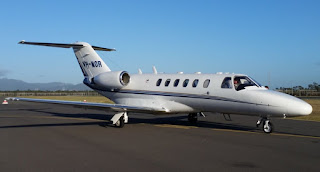 Recently re-registered Cessna 525A CitationJet2 bizjet VH-MOR has been spotting calling into Gladstone Airport early on Sunday 6 December.  It touched down from Archerfield. 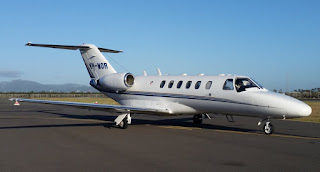 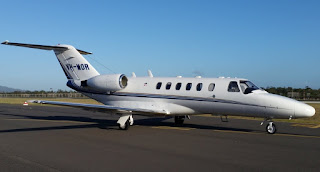 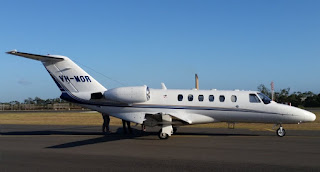 VH-MOR was also noted calling into Gladstone Airport during the afternoon on Friday 4 December, also touching down from and later returning to Archerfield.  It appears that the passengers of the smart little Citation spent the weekend at the nearby Heron Island.

As the photos captured by Col show below, Air Charter CQ / Australia by Seaplane Cessna 206FP VH-PKS and De Havilland Canada DHC-2 Beaver Mk1 Floatplane VH-IDO both touched down from Heron Island early on Sunday 6 December with several passengers then heading over to VH-MOR. 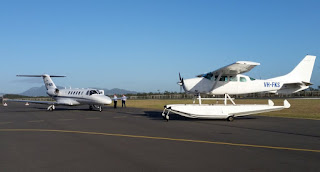 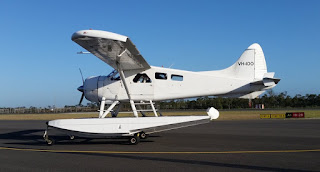 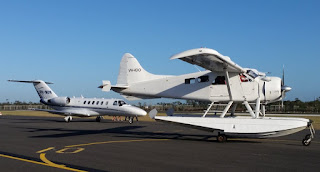 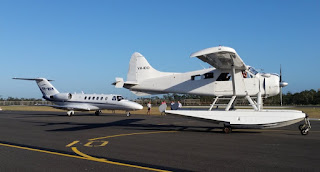 VH-MOR then departed back to Archerfield yet again. 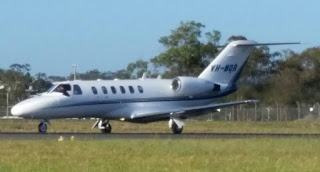 Thanks to Col for taking the time to capture and send through these great photos!