I had a quick trip into Mackay on Wednesday 2 December and was lucky enough to be able to pop out to Mackay Airport to capture the arrival of Jetstar Airways Airbus A320(SL) VH-VFV from Brisbane as JST888. 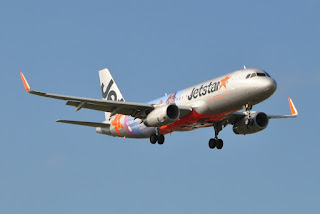 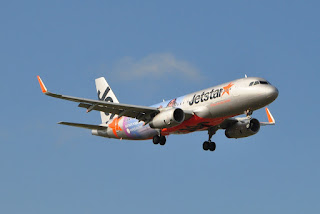 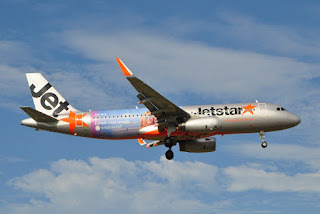 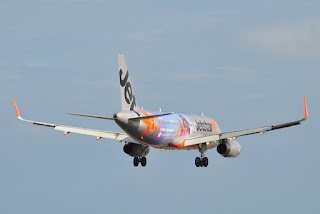 VH-VFV has had bright and colourful 'Elevate Your Summer' stickers for retailer 'Sunglass Hut'.

Of interest, Jetstar has also recently changed its times and flight numbers on the other service into Mackay from and back to Brisbane.  It appears the former morning JST882/883 service has now become JST886/887 and has been re-timed to call into Mackay late morning with an early afternoon departure back to Brisbane.

It's always a great feeling to personally capture a specially coloured aircraft in CQ!
Posted by Damian F at 9:27 PM