Captured making a rare but most welcome visit in the skies over Rockhampton on Sunday 6 December was Royal Australian Air Force (RAAF) Airbus A330-203 / KC-30A (MRTT) A39-004 which was captured by local plane spotter Kayanne H climbing out after completing a missed approach at Rockhampton Airport. 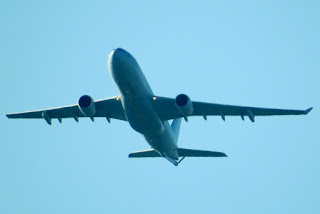 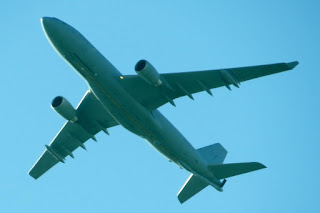 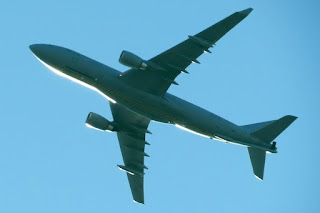 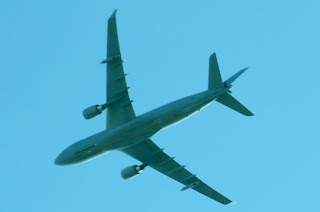 The KC-30 was noted flying South after completing the missed approach and was heard using the callsign of "Dragon 04".

UPDATE!  A39-004 was noted performing a missed approach at Rockhampton Airport yet again on Monday 7 December this time as "Dragon 05".  It again flew South from Townsville and continued further South to RAAF Base Amberley.

All photos taken by Kayanne Hardsman  ©
Posted by Damian F at 10:46 PM