On Tuesday 1 December there was a very special guest arrival at Hamilton Island Airport with American pop singer Taylor Swift jetting in from the Gold Coast on board Marcplan Charter Gulfstream G-IV-X (G450) bizjet VH-MBP. 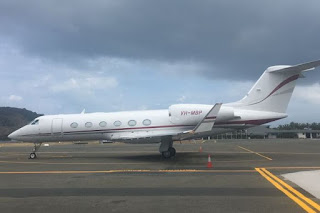 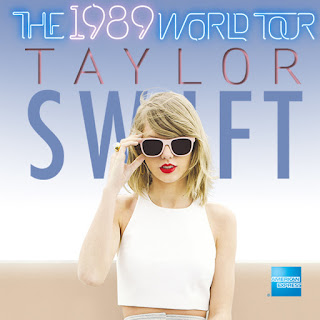 A Contributor captured a couple images of VH-MBP as it sat on the Hamo Airport apron on Wednesday 2 December awaiting its next flight. 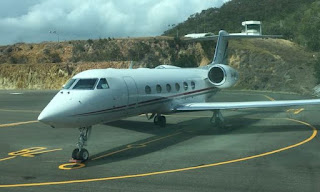 At the time of writing, VH-MBP is due to depart Hamilton Island for Brisbane very late on Thursday 3 December.  Taylor Swift will continue her concert tour in Brisbane on Friday 4 December.

It's also interesting to note that Virgin Australia Boeing B737-800 VH-VUE is also making a very late departure from Hamilton Island Airport on Thursday 3 December.  After earlier positioning up to Hamo from Brisbane as VOZ9903, it will then fly back to Brisbane as VOZ9004.  I would think this will have Taylor Swift's tour entourage on board!

As mentioned below, fellow Virgin B737-800 VH-YVA operated a charter into Hamilton Island Airport from Sydney on Sunday 29 November, presumably for the same reason.

Another bizjet movement into Hamilton Island Airport under the cover of darkness occurred in the very wee small hours of Thursday 3 December with Edwards Coaches Cessna 650 Citation VII VH-LYM popping in from Sydney after 1am.  It soon departed back to its Armidale base.

On final visitor to Hamilton Island Airport this week has been Bontrail (Strahman Farms) Cessna 208 Caravan VH-SJJ which touched down from its Toowoomba base on Monday 30 November and departed back there on Wednesday 2 December.