As we've posted on our Facebook page - and has actually been mentioned on several other Facebook pages - a massive storm passed through Moranbah on Monday 16 November.  At Moranbah Airport, wind speeds of over 150km/h were recorded and at the time Virgin Australia Regional Airlines (VARA) ATR 72-600 VH-FVZ and QantasLink Dash-8-Q400 VH-QOB were both on the ground after arriving on scheduled services from Brisbane. 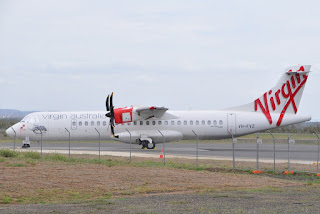 VH-FVZ was reportedly loaded and preparing to depart when the storm passed through.  It sustained damage to a wing following an incident where the winds moved the ATR while it was parked on the Airport apron.

VH-FVZ has not been able to fly since this date, and on a visit to Moranbah Airport last Wednesday 2 December, I captured a couple of photos as it remains parked 'out of the way' at the Northern end of the Airport apron. 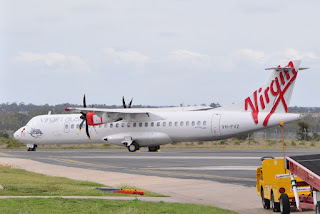 Of interest, QantasLink Dash-8-Q400 VH-QOB departed two days after the storm and has resumed normal service.

Meanwhile, another dramatic photo to come out after the storm on Monday 16 November showed a pair of locally based Cessna aircraft had been flipped over and were resting on their roofs.


Last Wednesday 2 December, I was also able to capture a couple of photos of Cessna 172 VH-ELE and Cessna 150 VH-PKU which are both showing signs of substantial damage. 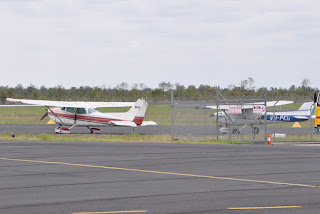 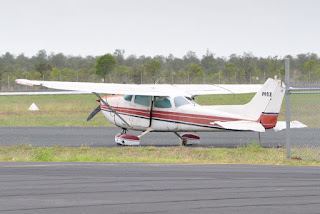 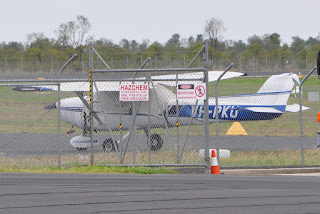 Nearby was Cessna 172 VH-BXR which was also damaged and reportedly ended up in a ditch as a result of the storm. 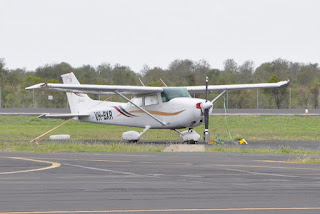 If there was one good thing to come from the storms - and subsequent storms in the region - the Moranbah Airport grounds are looking nice and green! 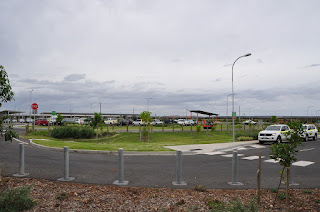 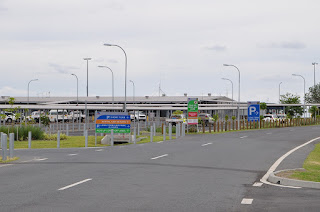 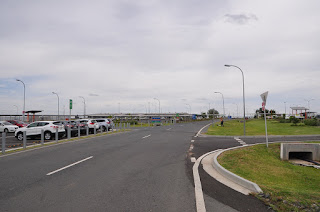 It was also nice to finally note that all the recent carpark works have been completed with a new long-term carpark opened to complement an expanded short-term carpark and passenger drop-off and pick-up area. 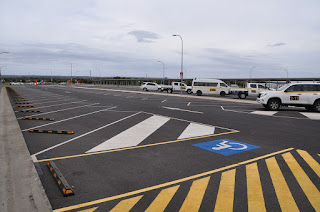 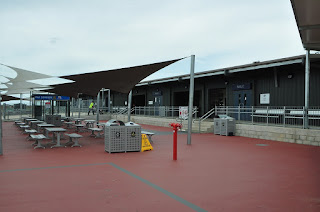 It was a quick but very nice visit for me!
Posted by Damian F at 7:00 AM