Beef Australia 2021 (Beef Week) is one of the world's great beef cattle events and is held just once every three years in Rockhampton in Central Queensland.  As a result, there is an influx of visitors to the region with increased scheduled Regular Passenger Transport (RPT) flights from and back to Brisbane, as well as a nice range of local and interstate bizjets and light General Aviation (GA) aircraft to touch down at Rockhampton Airport.
Beef Week arrivals and visitors to Rockhampton Airport on Sunday 2 May included:

Peckal Aviation Piper PA-31-350 Navajo VH-TRA landed at Longreach Airport from Rocklands and then during the afternoon departed there to Rockhampton Airport.  It then departed to Archerfield.
Paraway Pastoral Company (New South Wales) Cessna 182 VH-YDP arrived from the West before later departing back West to Davenport Downs which is North-West of Windorah.  Davenport Downs and is also Paraway's biggest property and reportedly the largest cattle station in Queensland.
Cessna 182 VH-CPY arrived from Goondiwindi. 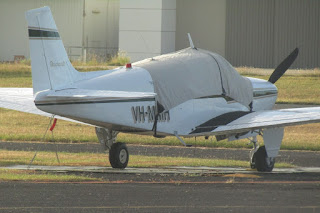 Bowenville (near Toowoomba) based Cessna 525 CitationJet CJ1+ bizjet VH-JSZ arrived from Brisbane.  It flown up from Bankstown the previous day. 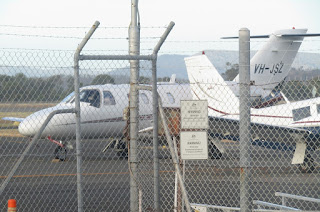 Execujet Australia Bombardier CL-600-2B16 Challenger 604 bizjet VH-VSZ arrived from Sydney and Toowoomba-Wellcamp and parked in front of the tower.  It later departed back to Sydney. 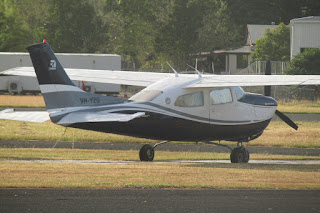 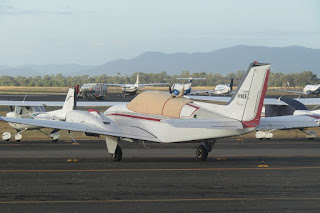 Piper PA-46R-350T Malibu VH-NYG arrived from its Dalby and then departed back to there. 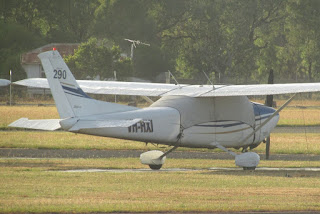 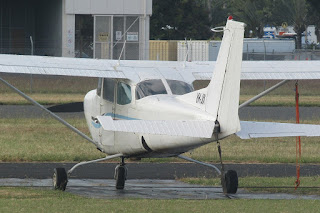 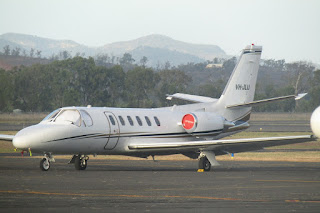 And Brisbane-based Pilatus PC-12/47E VH-AAC flew up from Archerfield to Glentana Station (South-West of Springsure and Noth-West of the Carnarvon Ranges).  It then flew across to Rocky. 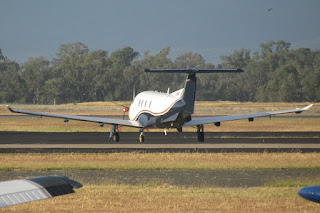 Of interest VH-AAC also visited on Saturday 1 May, arriving from and later departing back to Archerfield.
Beef Australia 2021 continues at Rockhampton from Sunday 2 May until Saturday 8 May.
Photos taken by Simon Coates and Trevor Hardsman  ©
Posted by Damian F at 11:16 PM