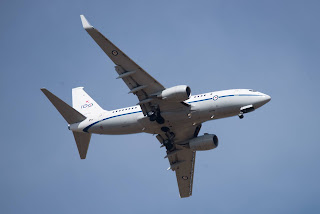 Aero Optics Aero Commander 500-S VH-JAJ arrived from its Bundaberg Airport base and in the afternoon, it departed back to there. 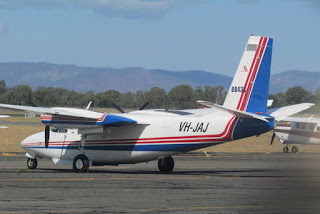 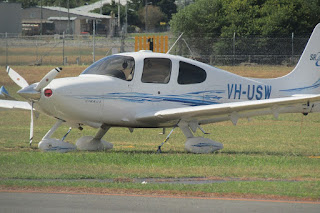 Beech F33A Bonanza VH-ZWB arrived from its Capella base and in the afternoon, it departed back to there.
Bowenville (near Toowoomba) based Cessna 525 CitationJet CJ1+ bizjet VH-JSZ returned to Rocky from Bankstown after departing to there yesterday.  VH-JSZ later departed to Bundaberg Airport where it appeared to be overnighting.
Poolhurst Aviation Air Charter Services Pilatus PC-24 jet VH-VTF was spotted visiting from its Archerfield base. 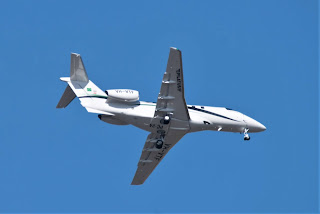 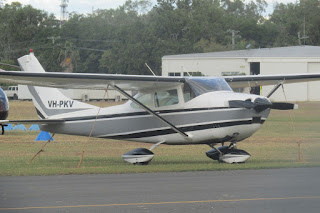 Cessna 182 VH-JLM also arrived from its Hughenden base. 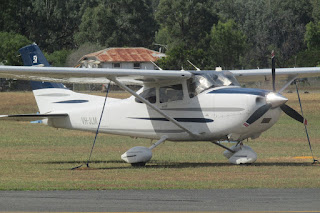 Gold Coast-based Hawker Beechcraft B300 Super King Air VH-OXF looked to fly up from Brisbane to the Roma area before calling into Rockhampton Airport.  It then returned to Brisbane.
Torrens Creek (Hughenden) based SOCATA TBM700 VH-CEA arrived from Charters Towers. 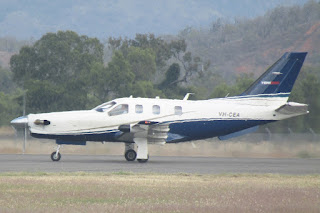 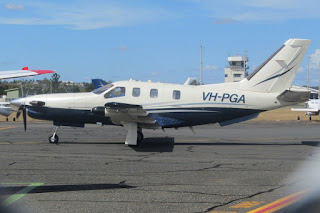 Piper PA-46R-350T Malibu VH-NYG visited once again from its Dalby base.

And Amateur-built Van's RV-7A VH-PXP arrived from its Dirranbandi base. 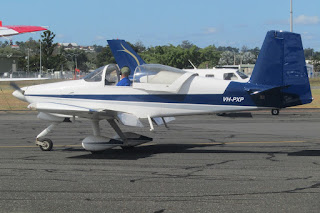 Meanwhile, there were a couple of helicopter visitors, also on Tuesday 4 May, including Heli Qld Airbus Helicopters EC 130 T2 VH-WJY which arrived from Toowoomba. 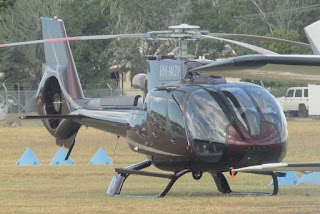 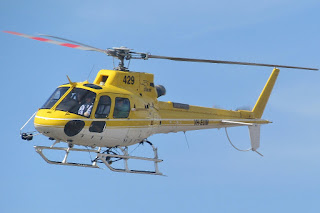 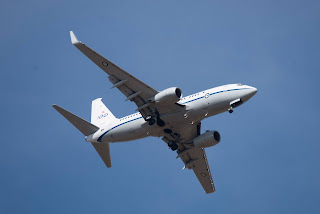 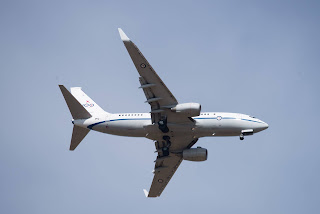 It later departed to Cairns and then Townsville.
While two of the Queensland Government (State of Queensland) Airwing aircraft departed Longreach Airport and brought the Queensland Premier, Ministers and support staff to Rockhampton Airport.
The Government's Raytheon Hawker 850XP bizjet VH-SGY later departed to Gladstone Airport and Brisbane, while  the Government's Raytheon B300 Super King Air VH-SGQ departed and looked to be spending the night parked at Gladstone Airport.
Sincere thanks to local plane spotter Scott H for allowing us to share these great photos!
All photos taken by Scott Harris  ©
Posted by Damian F at 9:39 PM