It was a big day on Sunday 23 May at the annual RACQ Central Queensland Rescue (CQ Rescue) Emergency Services Day with more than 5000 people estimated to have passed through the gates at Harrup Park Country Club in Mackay. 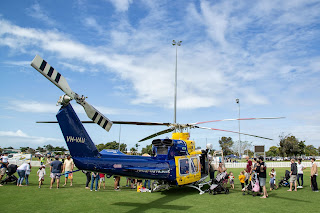 It was joined by Australian Army Boeing CH-47F 'Foxtrot' Chinook helicopter A15-302 which flew down from Townsville and also landed at Harrup Park. 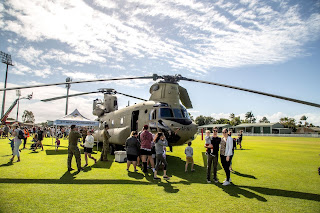 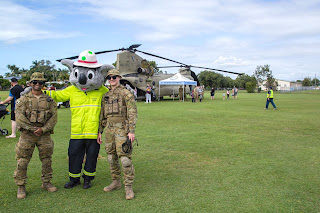 During the day, both helicopters were open for public inspection and proved quite popular with the queue for the Chinook stretching some metres!
The Australian Army also had vehicles and trucks on display - and there was also displays from all the emergency services, the State Emergency Service (SES) and more!
The CQ Rescue Emergency Services Day attracted more than 5000 people through the gates at Harrup Park and it was an awesome day and a fantastic opportunity to catch a moment with, and say "thanks" to the men and women who keep us safe!
Posted by Damian F at 7:04 PM