Adam P has proudly announced that he has began sharing his ADS-B plane feed on the Plane Finder website and on the apps for smartphones.

The Plane Finder servers add additional information such as departure airport, destination and photos for presentation on planefinder.net and in the Plane Finder apps.

A recent screen capture from http://planefinder.net shows 'Virgin 1251', an E-190 inbound to Rockhampton, passing near Gladstone, as well as an RFDS King Air just airborne out of Mackay. 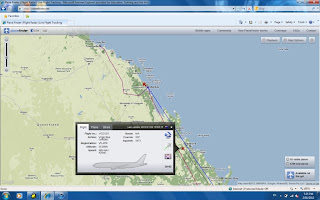 Recent screen captures from the Planefinder app on Apple IPhone show: a Cathay Pacific A330 - B-LAD - passing West of Mackay; a Virgin Australia B737-800 - VH-YFE - operating out of Mackay Airport bound for Brisbane. 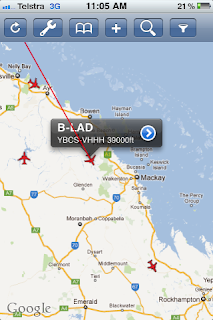 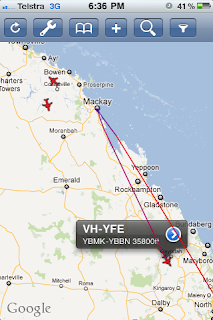 Email ThisBlogThis!Share to TwitterShare to FacebookShare to Pinterest
Labels: Spotting