Mackay Airport Carpark Expansion to Come Sooner Rather Than Later

It's been speculated that a further carpark extension at Mackay Airport may happen sooner rather than later - especially if the Mackay population keeps growing so rapidly. 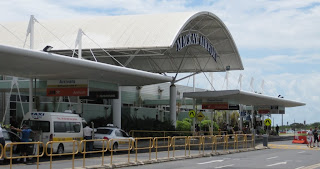 Passenger numbers through Mackay Airport continue to grow and parking rates have been steady to support further investment into the car park extension. Increased demand has already led to a major expansion of the number of fully sealed, long-term car parks as part of the recent $18 million redevelopment work undertaken at Mackay Airport.

But recent newspaper reports have revealled that that motorists were parking on nearby Boundary Road and throughout the nearby industrial area, as they thought Council fines were cheaper than paying for parking at the airport. The vehicles, many left for extended periods, are believed to be owned by travellers skimping on airport parking fees. The illegally parked cars are fast becoming a danger to other motorists according to the Mackay Regional Council.