A Busy Couple of Days in Paradise - Hamilton Island Airport

As we noted in the Gladstone Airport Spotting Blog Post (below), there were several light general aviation aircraft that ventured to Hamilton Island Airport on Friday 7 September.  They arrived, presumably, for some sort of fly-in event.  I am aware of as many as nine arrivals into Hamilton Island on Friday.  These included the four aircraft that passed through Gladstone and then Mackay Airports earlier in the day: 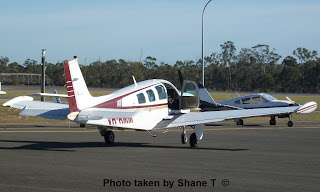 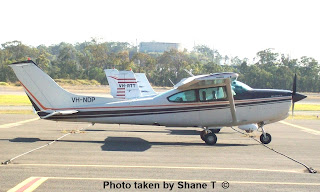 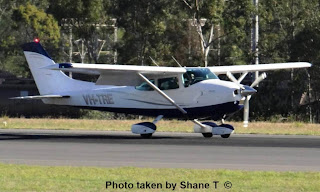 As well as The Redcliffe Aero Club's Cessna 172 VH-RAQ, which was also noted passing through Gladstone on its way to Hamilton Island.

And lastly, Skypac Aviation Cessna 550 Citation II bizjet VH-FYP departed Hamilton Island for Cessnock on Thursday 6 September.  It had arrived earlier in the week on Monday 3 September from Maitland.
Posted by Damian F at 6:30 PM