No fewer than five Australian Army Sikorsky S70A-9 Blackhawk helicopters popped into Rockhampton Airport on Thursday 20 September.  The Blackhawks were reportedly travelling North to Townsville, and were heard to be calling into Rockhampton for fuel. 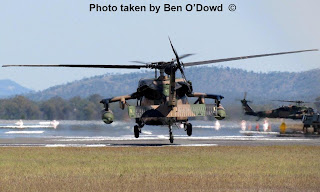 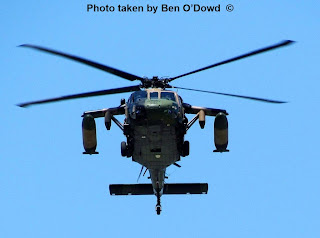 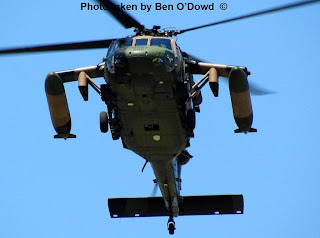 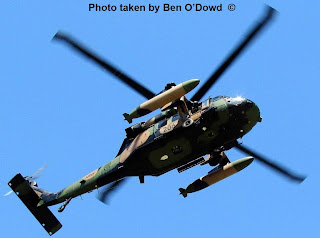 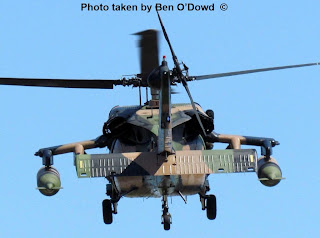 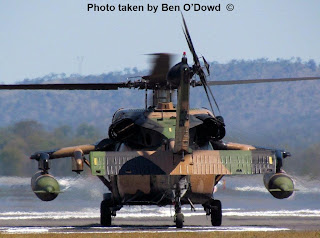 A25-201 was also part of this group of three, and they arrived together, before departing North. 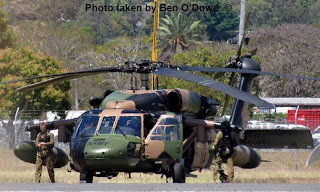 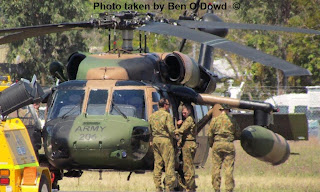 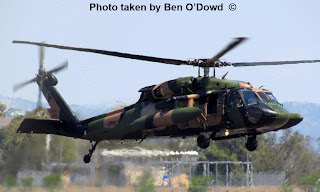 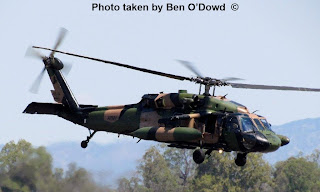 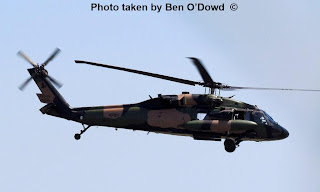 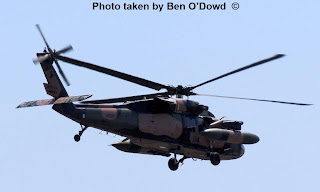 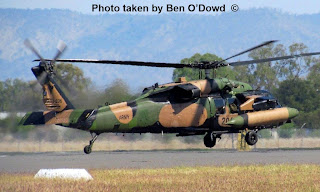 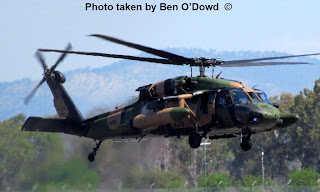 Lastly on Thursday 20 September, there was also a report of a Royal Australian Air Force (RAAF) Boeing C-17A Globemaster III performing a missed approached at Rockhampton Airport.  Details are a bit sketchy, but there is the possibility of this being A41-206 flying as "Stallion 16".
Posted by Damian F at 8:13 PM