The Mackay Daily Mercury newspaper has recently reported that just two-thirds of all flights from Mackay to Brisbane during the month of July arrived on time. And it was only marginally better on the return leg. 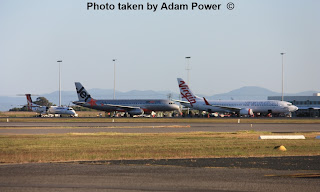 QantasLink was the worst performer, according to a Bureau of Infrastructure, Transport and Regional Economics domestic airline performance report. 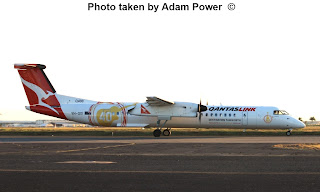 Only 58% of its Mackay-Brisbane flights left on time and just 54% arrived here promptly.

The top performer was Jetstar, who flew out of Mackay on schedule 76.2% of the time, and landed 79% of incoming flights on time.

Overall, the Hamilton Island-Sydney route was one of the worst, with flights, in and out, late almost half the time. Flights between Hamilton and Brisbane performed far better.

There were 14 July cancellations on the Mackay-Brisbane route. Of the 57 routes assessed, Qantas was the best performer overall for on-schedule departures and arrivals, although QantasLink had the highest percentage of flight cancellations for July.

July was a particularly bad month for flight disruptions in the region, with low cloud and heavy rain affecting flights over several days.

Meanwhile, some minor disruptions occurred earlier this week on a Mackay-bound flight after a couple became involved in a domestic dispute on the plane.

Police have reportedly charged a 29-year-old man and a 46-year-old woman with disorderly behaviour under the Civil Aviation Act after they allegedly became involved in a domestic disturbance on a QantasLink flight from Gladstone to Mackay.
Posted by Damian F at 3:51 PM