During August, Shane T took himself and his family to Brisbane for a couple of days at the Brisbane Show (The Ekka) flying out of and back into Gladstone on QantasLink.  Here are some of his reflections on his flight to Brisbane on the Cobham Aviation-operated Boeing B717-200, and his return flight to Gladstone on the Sunstate Airlines-operated Dash-8-Q400. 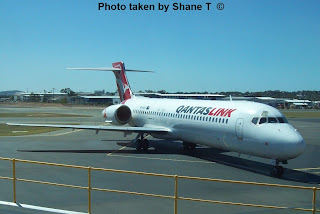 We departed Gladstone on Friday 10 August on QF1707 which was operated by QantasLink (Cobham Aviation) Boeing B717-200 VH-NXO. 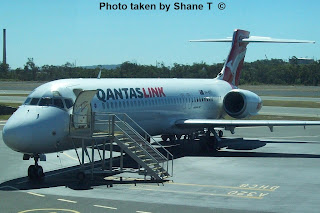 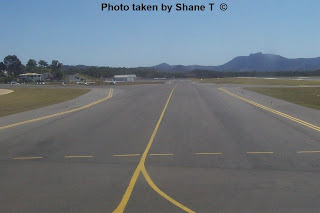 So that we (family-in-tow) were allocated seats that were not directly above the wing, obscuring the view - I decided to 'check-in' online several hours before departure, and selected seats that were forward of the wing to ensure a good view below - especially considering it was my youngest sons first flight in a plane! 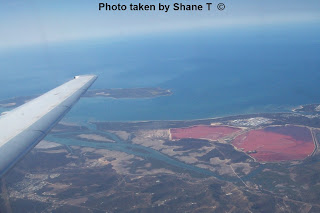 I found the seats comfortable with ample leg room (I believe standard 31 / 32 inch pitch) however what surprised me was how quiet the cabin was, particularly during take-off. 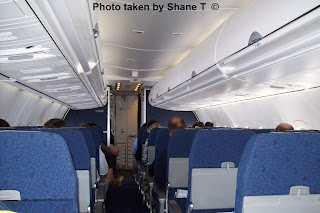 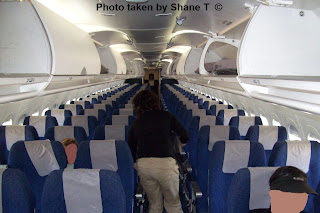 Naturally, it was noisier closer to the rear mounted engines, but forward of the wings, it is remarkably quiet.

Our scheduled departure time was 12.40pm, and we ended up departing some 10 minutes late.  The polite and pleasant flight attendants were quick to serve a snack which included a quiche slice, choc-chip biscuits, and a muesli bar. Drinks included a choice of coffee, tea, lemonade, coke, orange juice or water. 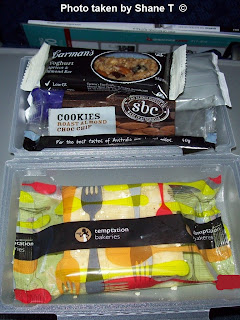 We achieved a cruise altitude of 20,000 feet, however it wasn't too long before we commenced our descent into Brisbane.

Because of traffic arriving into Brisbane, our flight was put into a holding pattern north of Brisbane for about 10 minutes, but despite this, and our late departure from Gladstone, we arrived at the Brisbane Airport Common User Terminal only 5 minutes behind schedule and pretty much immediately disembarked.  We parked next to 'white' Alliance Airlines Fokker F-100 VH-XWN. 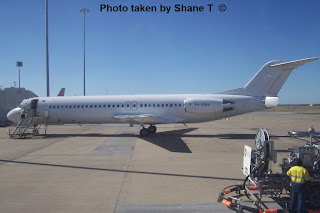 After enjoying our weekend at The Ekka, before we knew it, it was Monday and time to head home.  Our return journey to Gladstone was on Monday 13 August and was on board flight QF2336.  Operating the QantasLink (Sunstate Airlines) service was Dash-8-Q400 VH-QOV.

With a scheduled departure time of 11.55am, I was able to do a bit of plane spotting from within the Brisbane Airport terminal. 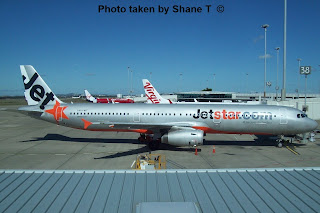 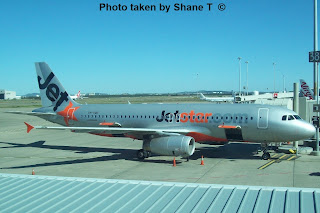 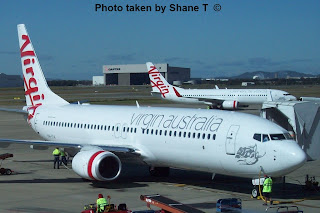 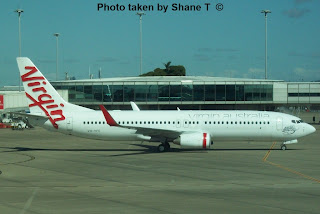 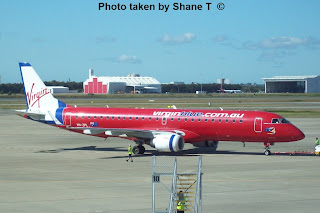 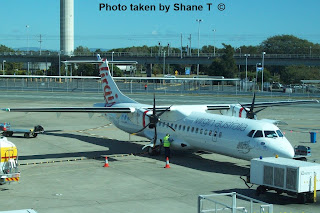 Eventually, our flight was called, and we boarded through the QantasLink terminal on the bottom floor of the Qantas Domestic Terminal. 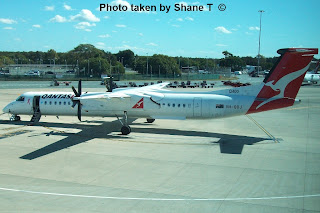 After taxiing out, we became airborne about 15 minutes late, mostly because of ground traffic, which kept us on the ground ourselves. When we eventually taxiied onto the runway,  the pilots wasted no time, and they were immediately on the throttle. 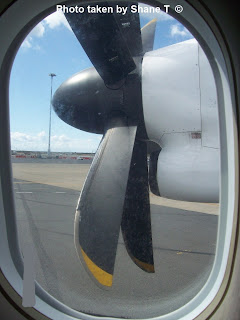 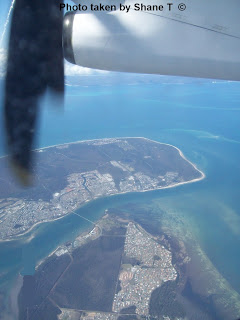 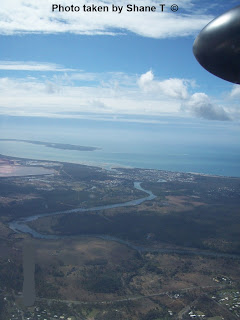 Again on this flight, it seemed a short time after we were airborne, and the the flight attendants were in action.  This time, our snack consisted of a beef-and-salad bun, cheese-and-cracker biscuits, and choc-chip biscuits, while drinks on offer were pretty much the same as our flight to Brisbane on Friday. 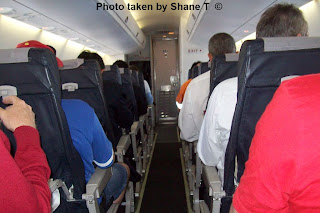 Cruise altitude from Brisbane to Gladstone was 20,000 feet, and despite leaving Brisbane 15 mins late, we actually arrived into Gladstone only 5 minutes behind schedule after the brisk 45 minute journey. 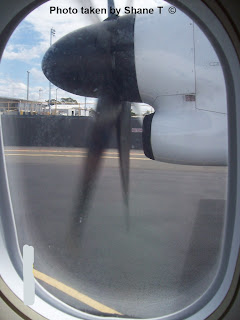 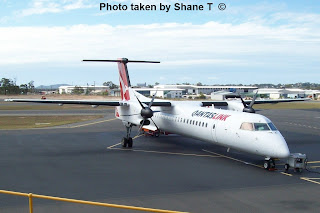 All up, a couple of lovely flights with QantasLink, and an even better weekend in Brisbane!
Posted by Damian F at 8:34 AM