With the Federal Election a week away, the campaign trail for Opposition Leader Tony Abbott came to Rockhampton on Saturday 31 August.  Local plane spotter 'IAD' was on hand to capture the RAAF jet carrying the LNP Leader as well as the aircraft chartered Alliance Airlines aircraft used to carry the Australian media contingent that is travelling with Mr Abbott 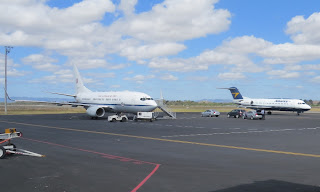 Mr Abbott arrived at Rockhampton Airport on board Royal Australian Air Force (RAAF) Boeing B737-7DT(BBJ) A36-001, which touched down from Townsville as "Envoy 80". 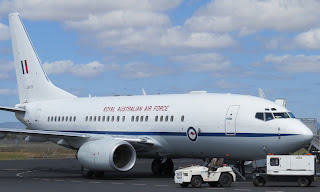 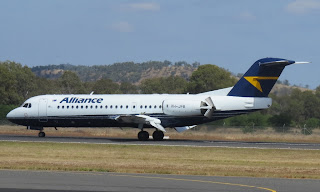 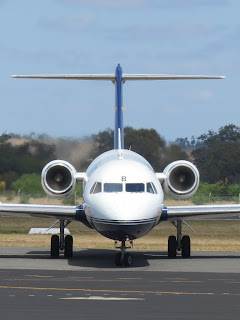 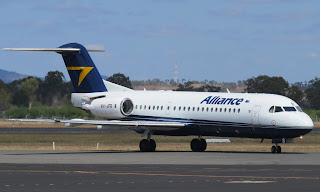 VH-JFB joined the RAAF BBJ parked on the Southern end of the Rockhampton Airport apron.  The Alliance Fokker is one of two aircraft (the other is fellow F-70 VH-JFE) that have been chartered to carry Australian media around with the Federal leaders during the Election campaign. 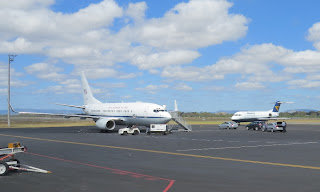 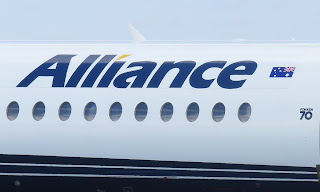 Soon after, Mr Abbott emerged from the BBJ, and after chatting with local airport staff, he was whisked away to his first engagement on Rockhampton. 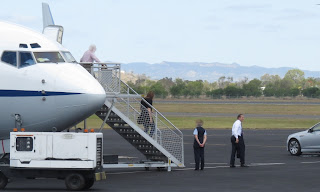 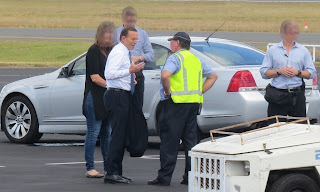 The media contingent were also noted boarding their bus and following Mr Abbott's car closely behind. 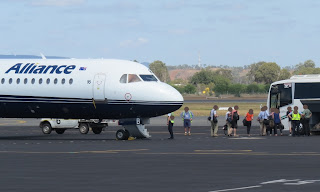 Both aircraft were expected to depart to Melbourne later in the day. 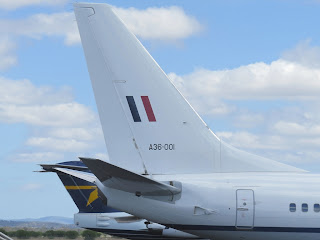 Thanks to 'IAD' for capturing and sending through these fantastic photos from Rockhampton today!  Cheers mate!