A nice arrival into Maryborough Airport late last week was this 80% replica Amateur-Built Supermarine Spitfire Mk.26 VH-DLH.  It will reportedly be temporarily based at Maryborough Airport while it undertakes a number of test flights over the next week or so. 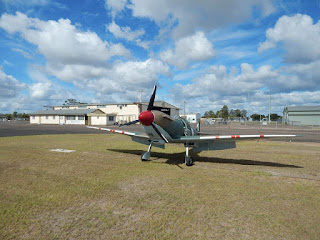 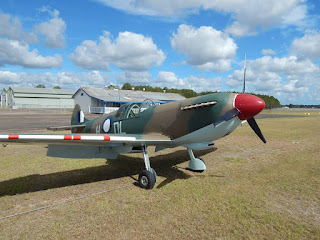 VH-DLH is reportedly powered by an Isuzu 3.5-Litre V6 petrol engine (6VE1), identical to the engine fitted under the bonnet of the Holden Rodeo Utility in the 1990's.  The aircraft was assembled by a farmer who lives near Maryborough and its flight from the owner's property to Maryborough Airport was in fact it maiden flight. 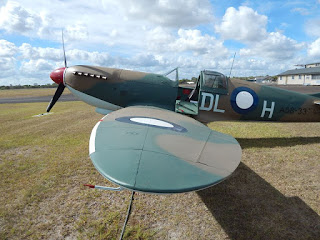 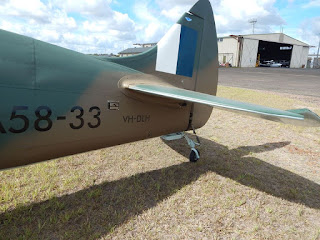 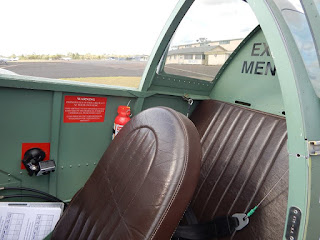 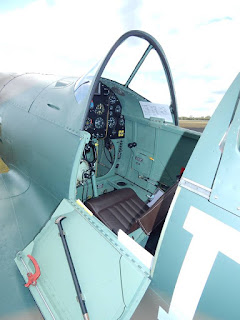 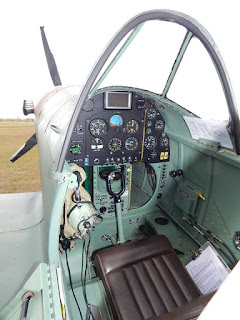 Of interest, VH-DLH is painted in the same colours and markings as the owners World War II namesake, John Kellman. 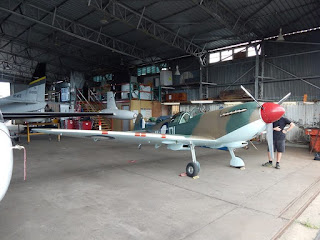 Sincere thanks to David G of Maryborough Aviation Services for providing the information and photos of  VH-DLH as it arrived at Maryborough Airport last week.