After being spotted on the ground at Emerald Airport the previous day, the Columbia Helicopters (USA) Boeing-Vertol Chinook 234LR helicopter N238CH continued on its journey to Papua New Guinea (PNG) on Tuesday 6 December being photographed while visiting Mackay Airport. 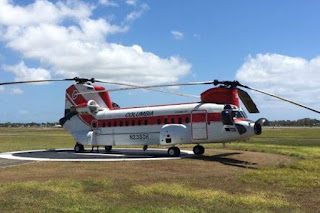 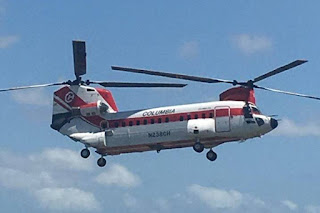 It flew into Mackay directly from Emerald and after refuelling, departed to Townsville and then Cairns.