For the second day in-a-row, a Royal Australian Air Force (RAAF) Boeing B737-7DF(BBJ) of the VIP 34 Squadron in Canberra called into Bundaberg Airport on what looked to be a training flight.  On Saturday 3 December, A36-002 touched down in the rum city from Coffs Harbour (New South Wales). 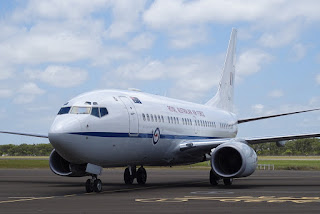 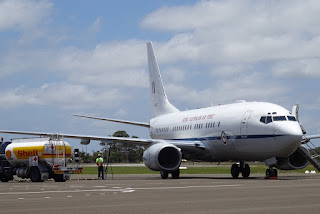 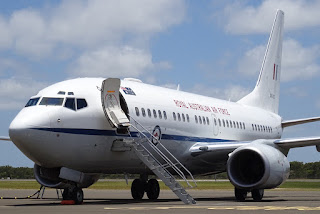 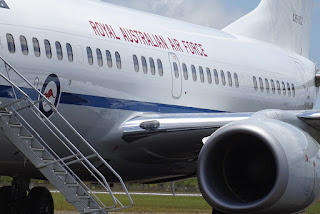 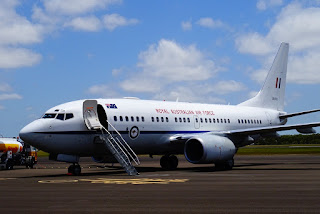 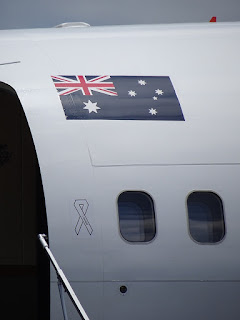 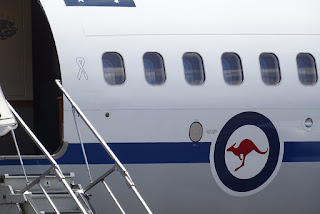 After taking on fuel, A36-002 departed to Tamworth.  It was noted using the radio callsign of "Envoy 79". 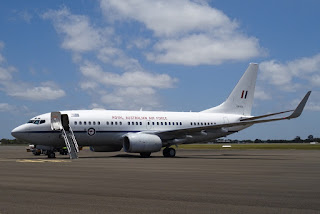 Sincere thanks to local plane spotter Micah S who ventured out to Bundaberg Airport to capture and then send through these great photos!