They reportedly flew North from RAAF Base Amberley and descended to below 5000ft, completing airwork around the Emerald area flying from the southeast to about 20 miles to the northwest.  From there, both Globemasters continued towards Mackay before heading further North to Townsville. 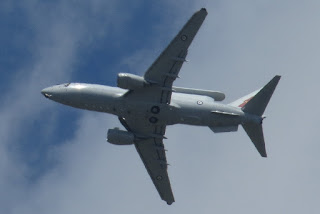 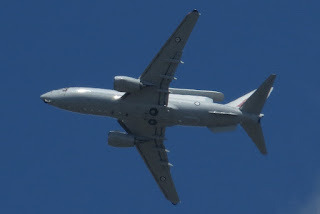 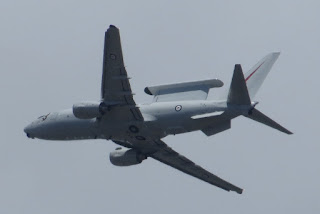 It flew up from the South and was later noted completing another missed approach at the Sunshine Coast Airport.  A30-003 was heard to be using the radio callsign of "Wedgetail 02".

All photos taken by Kayanne Hardsman  ©
Posted by Damian F at 8:05 PM