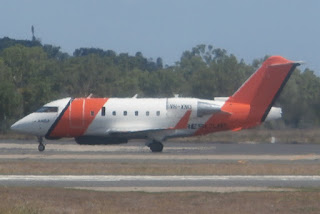 As reported on our Facebook page, on Tuesday 20 December, Australian Maritime Safety Authority (AMSA) (Cobham SAR Services Pty Ltd) Bombardier CL-600-2B16 Challenger 604 bizjet VH-XND made what appears to be an unscheduled landing at Rockhampton Airport after earlier departing from its Cairns base for destination Nadi in Fiji. 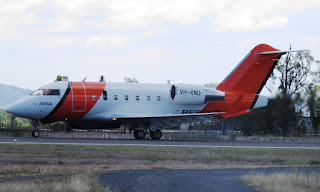 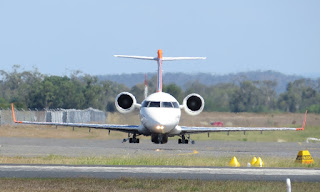 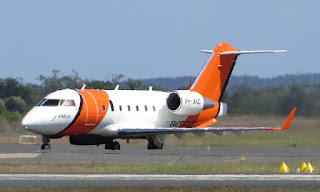 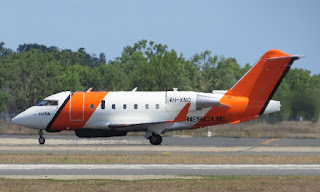 It was parked on the Northern end of the Rockhampton Airport apron. 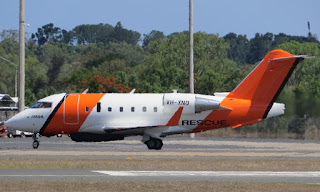 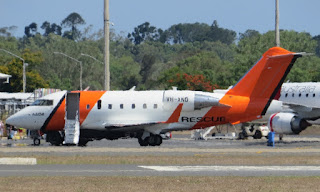 After taking on fuel, VH-XND returned to Cairns, seemingly without any issues.

VH-XND is the first of four that Cobham Aviation Services has now started operating under contract for the Australian Maritime Safety Authority (AMSA).  VH-XND officially commenced operations for AMSA out of Cairns Airport on Friday 16 December.

In October 2014, Cobham secured a 12-year, $640 million contract to supply and operate search and rescue aircraft for AMSA. The jets will replace the Aero Pearl-operated (Aerorescue) Dornier 328-100 turboprop aircraft which were a common sight in CQ.

Under the new deal, Cobham will operate the four special mission jets that have been modified for search and rescue for AMSA. One aircraft will be based at three locations around Australia – Perth, Melbourne and Cairns – with a fourth serving as an operational spare.

Sincere thanks to local plane spotter Kayanne H for taking the time to capture and send through these great photos of the first visit by the new AMSA Challenger bizjet to Rocky!