A nice pair of bright and colourful helicopters passed through Central Queensland heading South over the course of Saturday 8 December and Sunday 9 December. 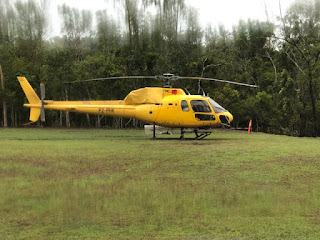 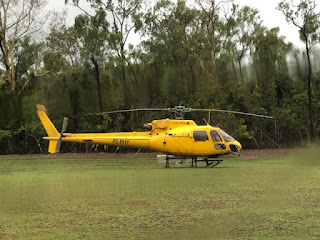 Both helicopters were noted arriving the Whitsunday Airport at Shute Harbour late on Saturday where they spent the night.  They were photographed (above) early on Sunday 9 December before they later departed to Rockhampton Airport.  After taking on fuel, both Squirrel helicopters then departed to Bundaberg Airport before continuing further South.

All photos taken by Lee Holloway  ©
Posted by Damian F at 4:37 PM