Bushfire Fighting Helicopters Spotted at Gladstone Airport Over the Weekend

Local plane spotter Michael F was at Gladstone Airport during the late afternoon on Saturday 7 December as three bushfire fighting helicopters called in for a short time as more fires flared up in the region, this time South of Gladstone near Kolonga. 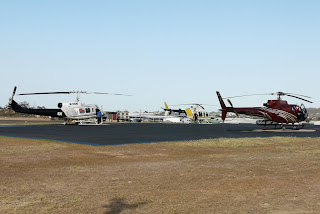 The most prominent and easily recognisable chopper to call in was McDermott Aviation Bell 214B Big-lifter Helicopter N216PJ which was heard to be flying as "Helitack 676". 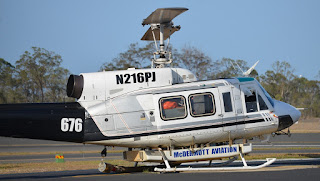 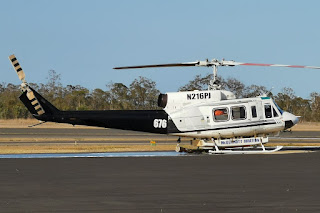 It later departed back to the fire zone. 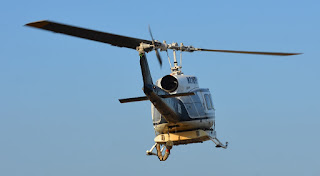 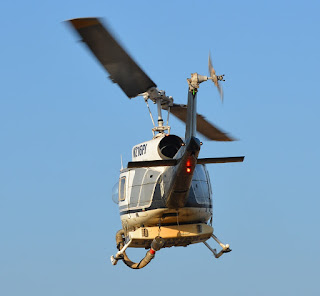 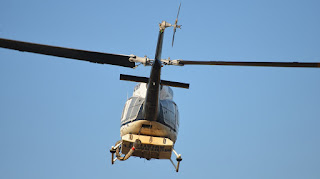 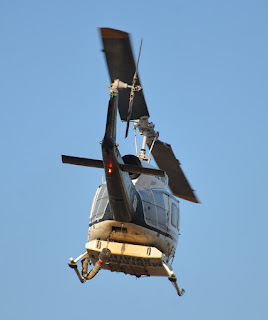 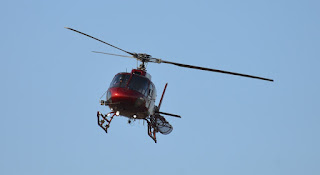 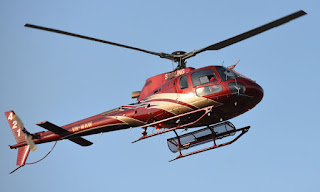 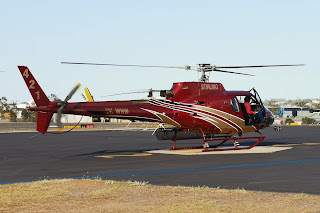 It also appeared that Roma-based M.I. Helicopters Eurocopter AS.355F2 VH-JZX "Helitack 431" was also heading to Gladstone Airport but looked to land elsewhere after flying over the firezone.

There were also fixed wing aircraft involved with the firefight including aerial surveillance in the area by Kennedy Aviation North American Rockwell 500S VH-XAS as "Birddog 444".

Sincere thanks to the local plane spotter Michael F for taking the time to capture and send through these great photos!

We offer our thoughts and prayers to those who are affected by this bushfire emergency and sincerely thank those volunteer and other firefighters who are battling these fierce blazes up and down the Queensland coast.

All photos taken by Michael Fleetwood   ©
Posted by Damian F at 8:25 AM