Certainly a surprise arrival into Mackay Airport early on Tuesday 10 December with Virgin Australia Boeing B737-800 VH-YIV operating the VOZ601/604 service from and back to Brisbane.  This is the aircraft's first visit into Central Queensland since it was retrofitted earlier this year with new Split Scimitar winglets. 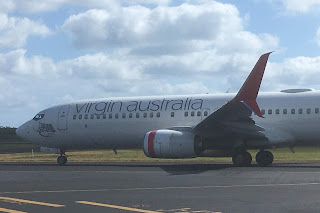 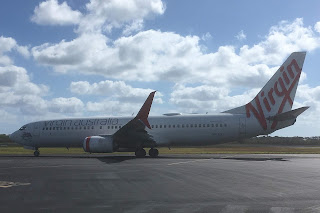 VH-YIV is reportedly the first of five Boeing B737-800s to be retrofitted with the new Split Scimitar winglets that will mostly be used on international flights to New Zealand, the Pacific Islands and Bali.  Indeed VH-YIV has spent most of its time since it was retrofitted with the winglets over July and August on international flights so its visit to CQ was certainly a pleasant surprise! 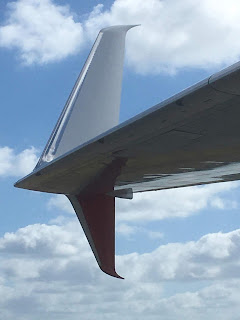