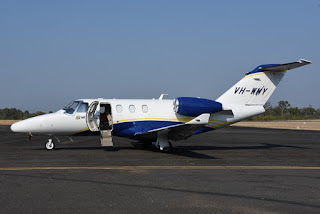 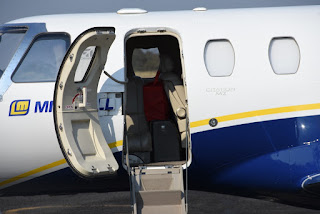 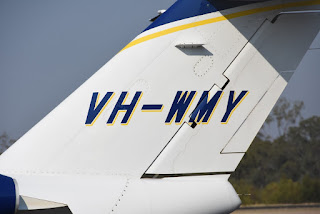 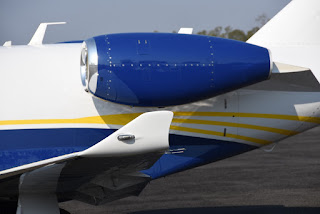 The sleek little bizjet has been a regular visitor to the region in recent weeks and returned to CQ on Tuesday 10 December when it arrived into Moura Airport from Archerfield.  It was then due to head to Clermont Aerodrome but 'diverted' to Hamilton Island Airport where it spent the night parked.

On Wednesday, VH-WMY spent the day parked at Clermont Aerodrome before returning during the latter part of the afternoon to Hamilton Island Airport.  At the time of writing, it appears to be spending the night at Hamo.

UPDATE!  After indeed staying for the night on Hamo, early on Thursday 12 December, VH-WMY departed Hamilton Island Airport at flew across to Proserpine (Whitsunday Coast) Airport.  It then returned South to Archerfield before heading 'home' to Melbourne (Moorabbin) via Melbourne (Essendon).
Posted by Damian F at 8:08 PM