On Thursday 17 December, a pair of Royal Australian Air Force (RAAF) Airbus A330-200 / KC-30A Multi Role Tanker Transport (MRTT) aircraft were photographed at and around a couple of Central Queensland Airports. 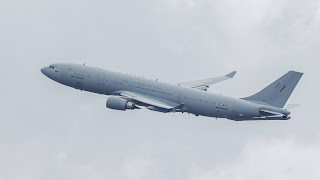 Firstly, KC-30A / MRTT A39-006 "Dragon 55"departed RAAF Base Amberley and flew directly to Townsville.  It then flew South and landed at Rockhampton Airport. 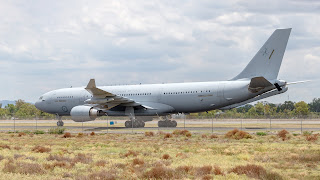 A39-006 parked on Taxiway Juliette for a crew change.  After reprogramming it returned to Amberley. 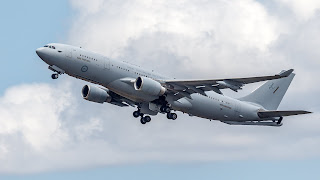 While KC-30A / MRTT A39-005 "Dragon 60" also departed Amberley and flew up to Mackay Airport where it was spotted completing some airwork including at least one missed approach. 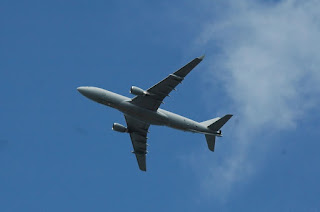 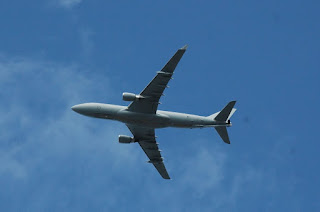 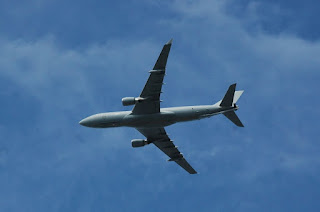 It then continued up to land at Cairns before later returning to Amberley.
Sincere thanks to the local plane spotters for allowing us to share these great photos!
Photos taken by Steve Vit and 'TM'  ©
Posted by Damian F at 7:42 PM