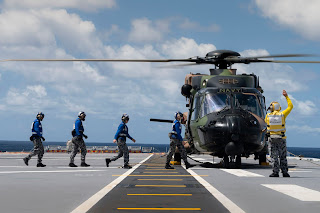 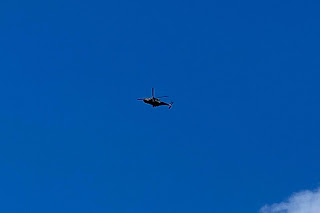 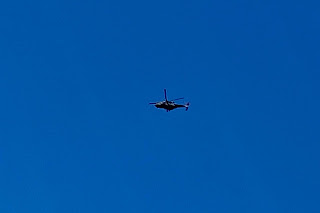 Each arrived into Mackay Airport from Townsville before then heading to Rockhampton Airport.  They then departed Rocky with "Kraken 11/12/14" heading to HMAS Adelaide, while "Kraken 13" flew to the Enoggera Barracks.
Meanwhile, also on Wednesday 23 December, a Royal Australian Navy (RAN) MRH-90 helicopter identified as A40-037 "Cutlass" was noted also flying around the South-East corner of the state - possibly around the HMAS Adelaide.
It is believed that the HMAS Adelaide will be setting sail to Fiji where the Australian Defence Force (ADF) has commenced relief operations in support of the Fijian Governments response to Tropical Cyclone Yasa. 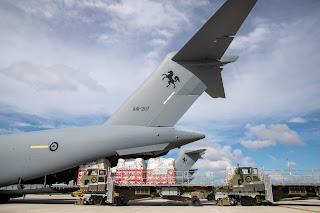