On Monday 18 January, a pair of Royal Australian Air Force (RAAF) heavy transport aircraft were photographed as they visited and completed missed approaches at Rockhampton Airport. 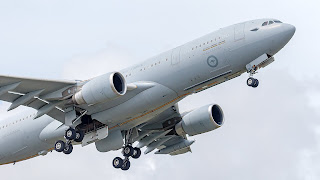 First, RAAF Airbus A330-200 / KC-30A Multi Role Tanker Transport (MRTT) A39-006, which was flying as "Dragon 20" flew down from Townsville to Rockhampton Airport where it landed for a time. 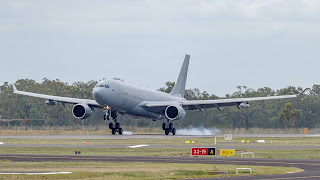 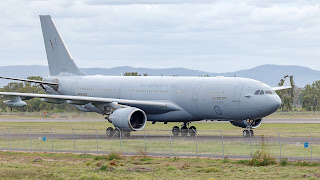 After completing a crew change, A39-006 departed Rockhampton Airport and returned to Amberley. 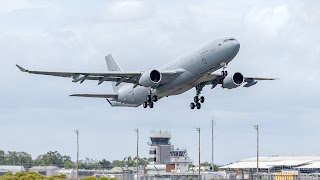 It had earlier departed RAAF Base Amberley and landed at Townsville for a short period of time before coming down to Rocky.
Then, soon after the KC-30A departed, RAAF Boeing C-17A Globemaster III transport aircraft A41-208 flew up from Amberley but as "Stallion 27" to also complete a missed approach at Rockhampton Airport. 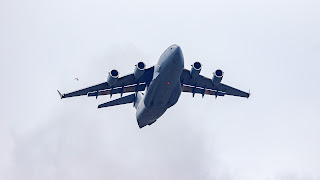 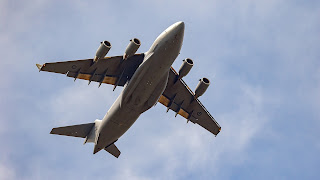 It then departed Rocky and returned to Amberley.
Sincere thanks to local photographer Steve V for allowing us to share these great photos!
All photos taken by Steve Vit  ©
Posted by Damian F at 8:36 PM