On Thursday 21 January, Royal Australian Air Force (RAAF) Dassault Falcon 7X bizjets, A56-002 as "Envoy 11" and A56-003 as "Envoy 12", continued to visit Central Queensland Airports as Australian Prime Minister Scott Morrison and entourage continued on a regional tour of the State. 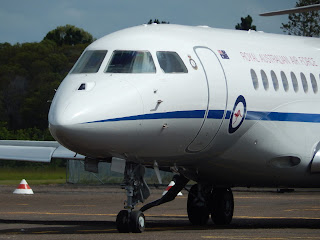 After arriving the previous afternoon, they both departed Gladstone Airport and were spotted (above and below) at Maryborough Airport. 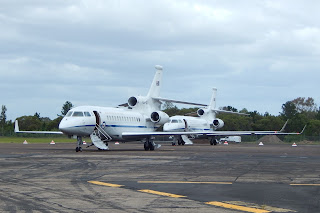 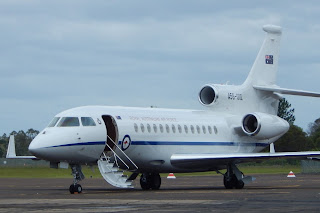 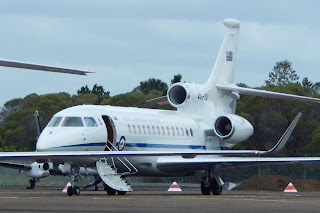 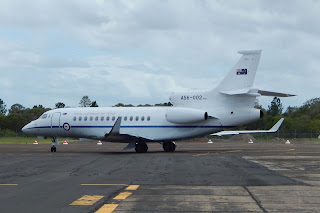 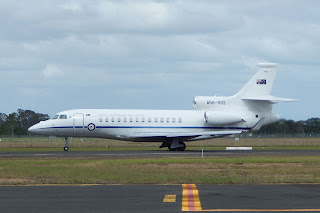 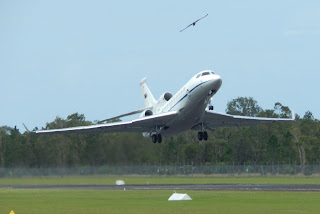 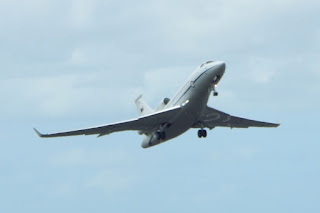 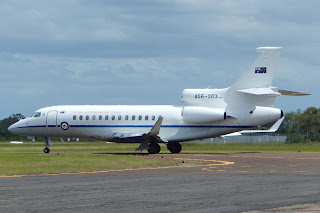 UPDATE!  A56-003 "Envoy 12" continued to Sydney and Canberra on Friday 22 January.
Meanwhile, also spotted at Maryborough Airport, also on Thursday 21 January was Avcair Embraer 500 Phenom 100EV bizjet VH-NJR.  It later departed back to Brisbane.
VH-NJR arrived from Brisbane the previous day - see Blog post below.
Sincere thanks David G of Maryborough Aviation Services for taking the time to capture and send through these great photos!