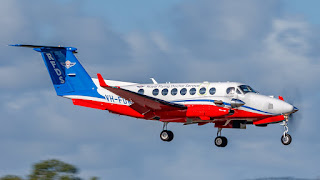 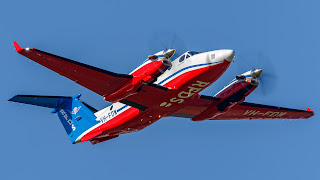 VH-FDW "FlyDoc 447" touched down at Rockhampton Airport from Brisbane before it then flew down and called into Bundaberg Airport.  It then returned to Brisbane. 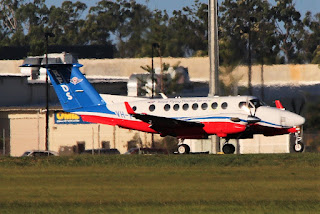 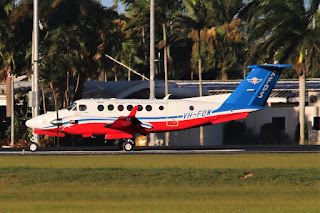 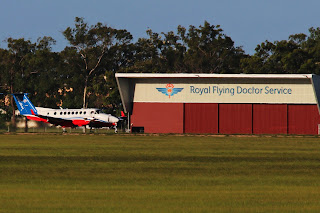 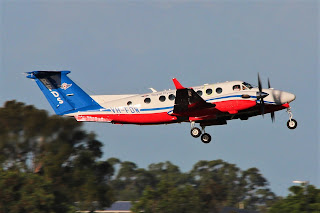 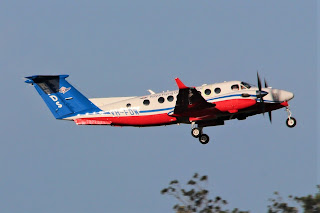 VH-FDW (Serial Number FM-99) was delivered to the RFDS at Brisbane with the Super King Air flying in from overseas via Cairns (where it cleared customs) on Wednesday 22 December, wearing the American 'delivery' registration marking of N99FM.
The Beechcraft Super King Air 360CHW turboprop aircraft is designed and manufactured by Textron Aviation and is the first of six acquired by the RFDS, totalling a near $100 million investment in the future of Queenslanders’ health.
Revolutionising aeromedical care in Australia, the new fleet of B360s will give the RFDS the capability to fly further and faster than ever before while also reducing pilot workload to enhance care opportunities and providing greater patient comfort.
The new aircraft will be the fastest twin turboprop aeromedical aircraft in the country, with the next three scheduled to arrive in Australia in 2022, and two in 2023.
Awesome stuff!
Sincere thanks to local plane spotters and photographers Steve V and Peter S for allowing us to share these great photos!
Photos taken by Steve Vit and Peter Sajko  ©
Posted by Damian F at 9:31 PM